45 pupils from Years 10, 11 and the Sixth Form spent part of the October half term in Sicily. The island’s strategic importance at the centre of the Mediterranean, its abundant natural resources, and incomparable beauty have made it a meeting ground for almost every culture bordering it. Our trip followed in the footsteps of the Greeks and Romans, travelling anticlockwise around the island. From the latter half of the eight century BC, the Greeks started settling on parts of Sicily, and the Romans later made Sicily their first province. We gained a fascinating insight into the historical developments, and cultural, artistic and architectural achievements that define the island’s unique character. In addition to our busy itinerary, we had a karaoke competition in Latin, a hotly contended game of myth-tionary, and a Classics quiz. The pupils were inspired and inspiring, inquisitive and, above all, tremendously entertaining company. 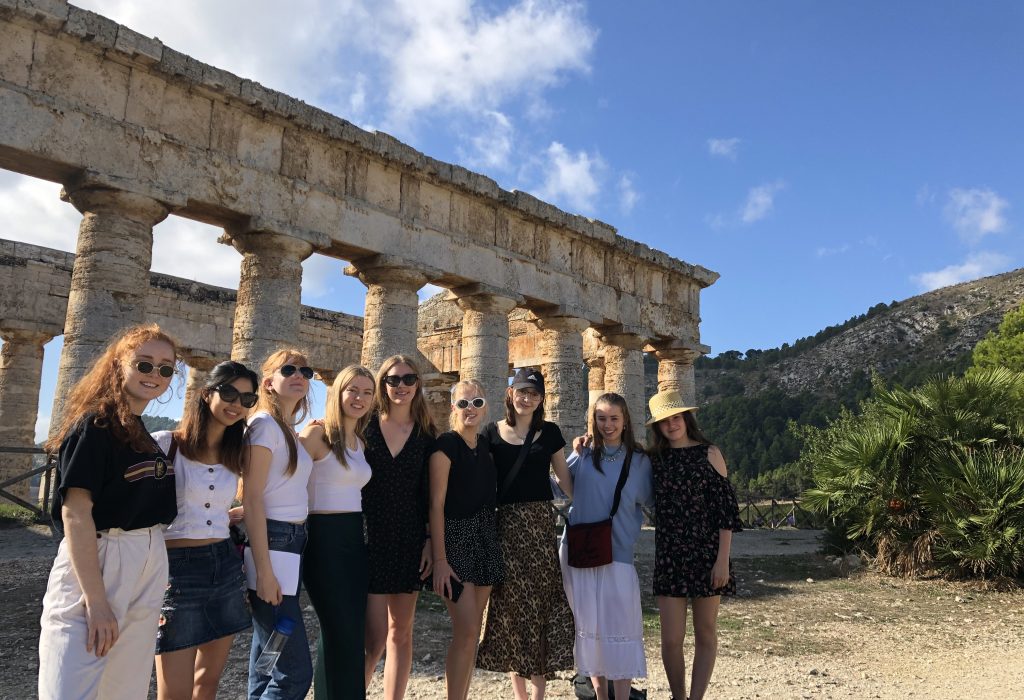 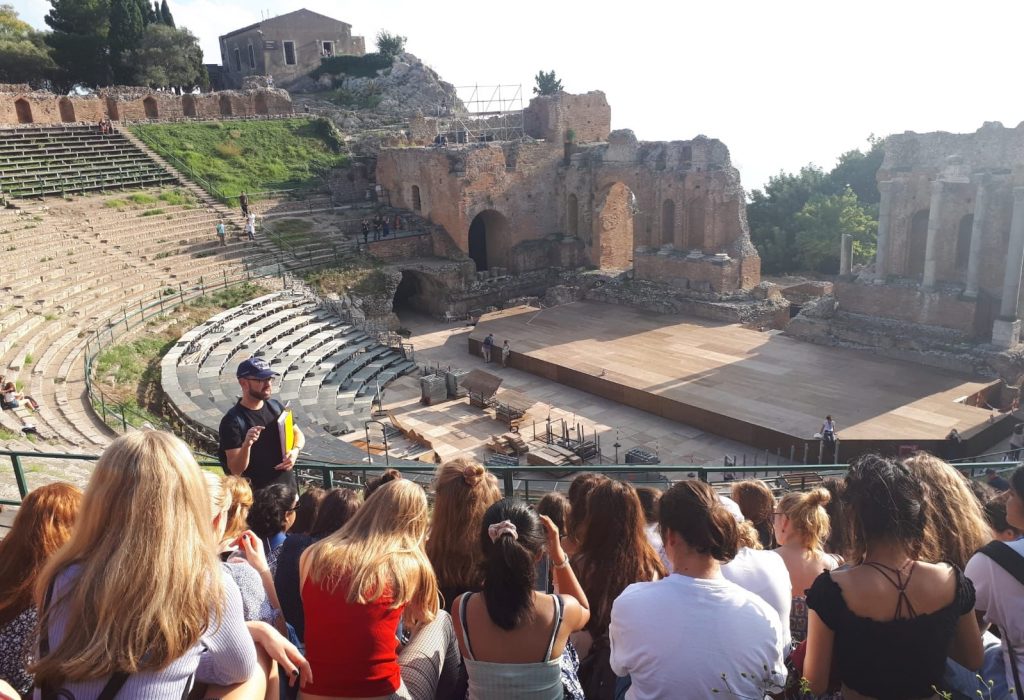 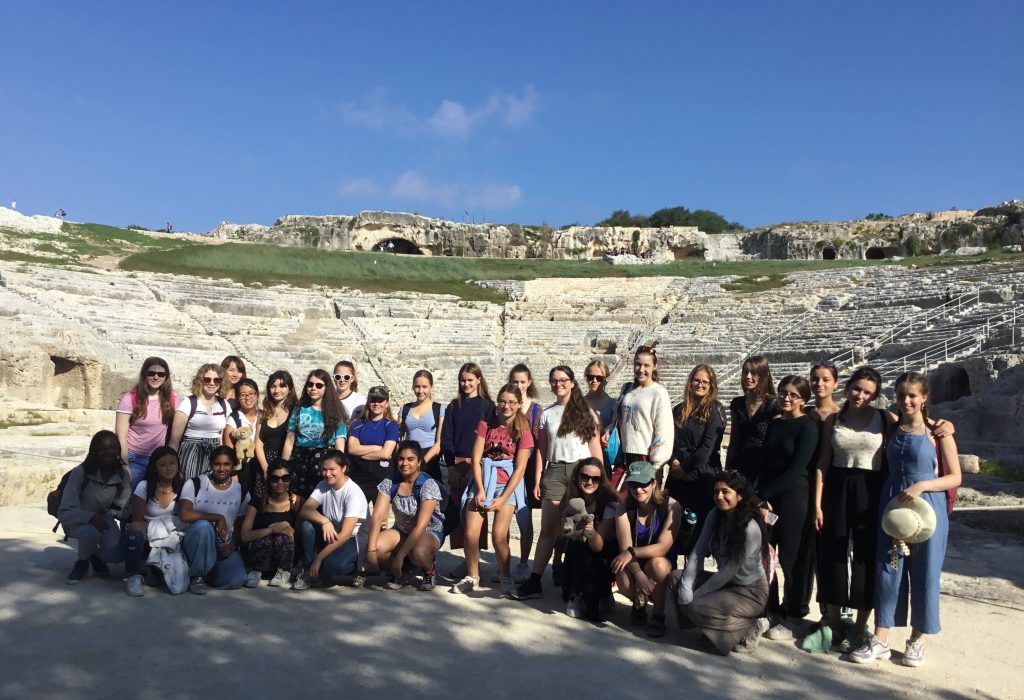 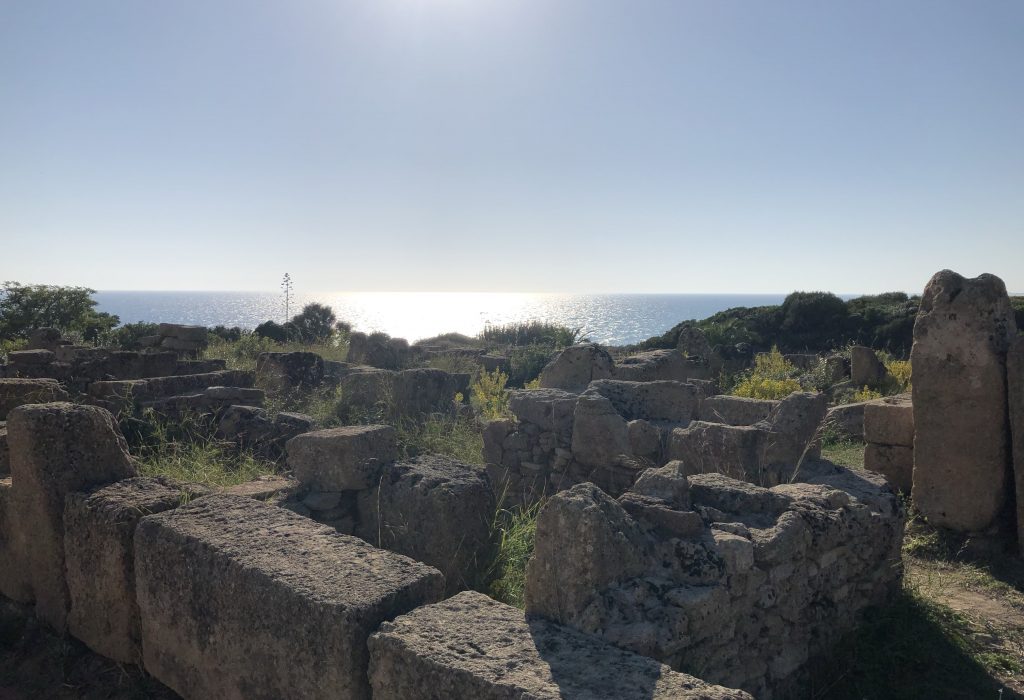 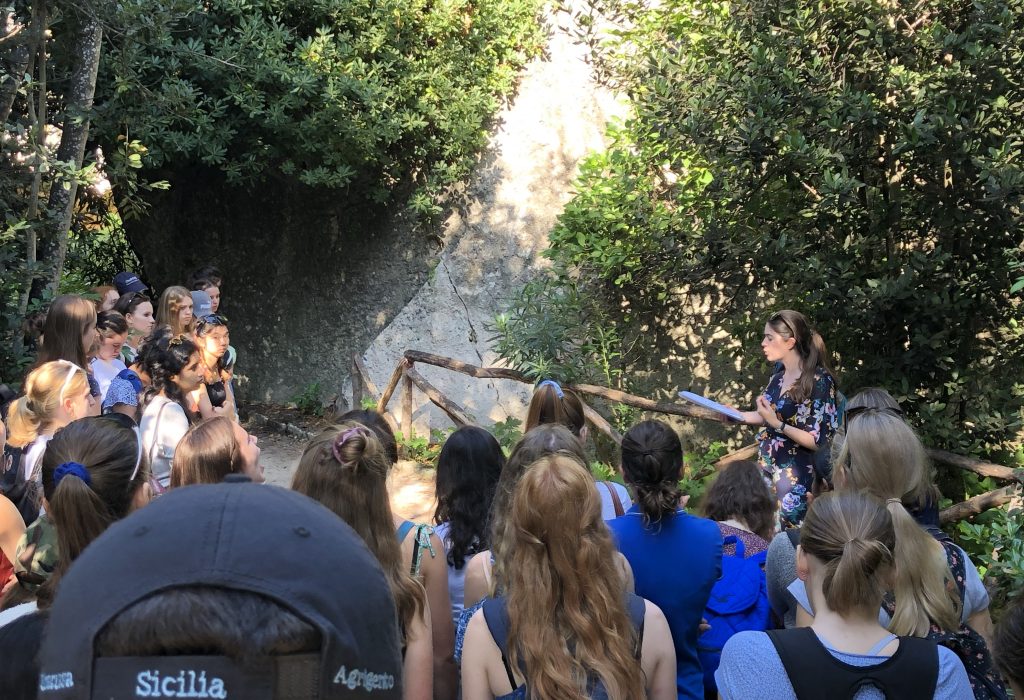 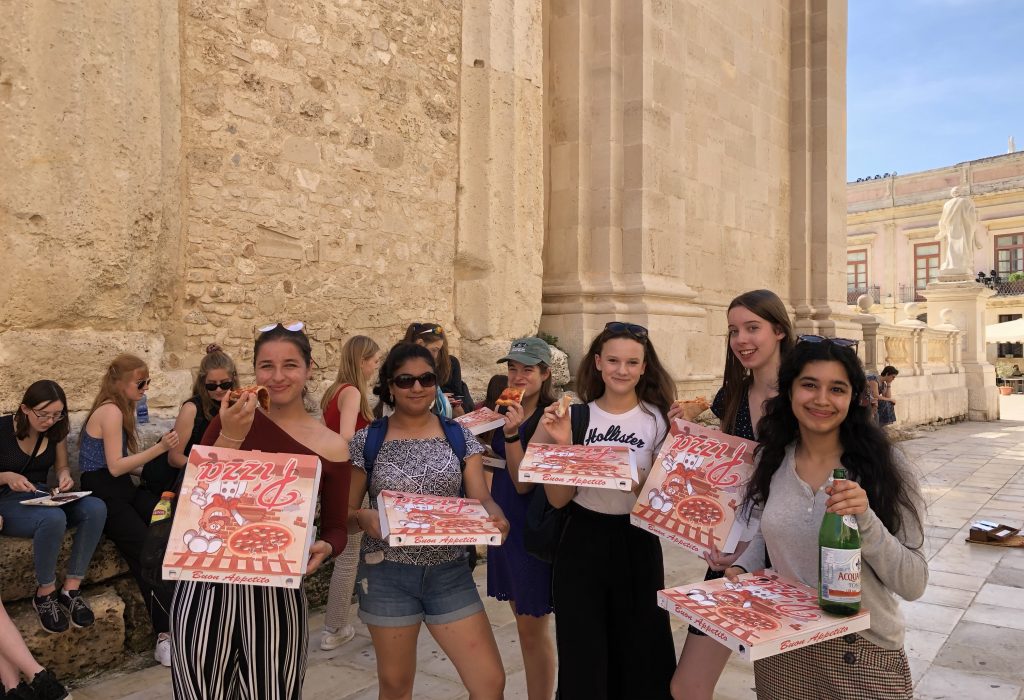 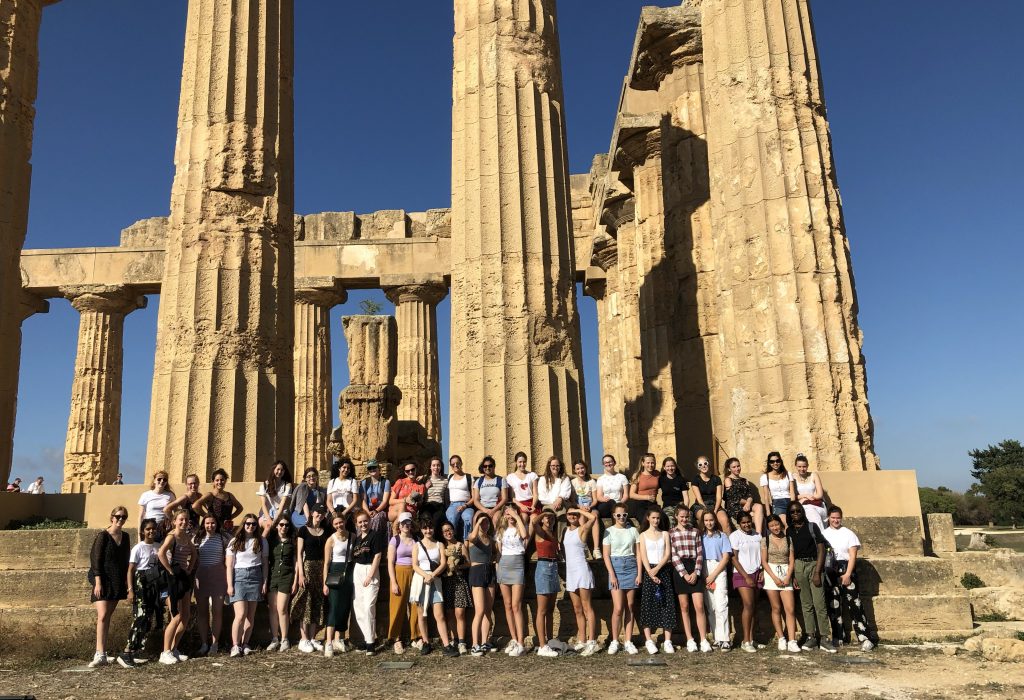