We all know first hand what a difficult year this has been in so many ways, but it is impossible to overstate the excitement of returning to the stage after eighteen months of virtual Drama lessons and monologues performed in our bedrooms. For our class, the joy was mixed with poignancy, as this marked our last performance together after seven years of plays at Guildford High School. Our last senior play was shut down days before opening night because of the first lockdown in March 2020, and since then we have watched plays, the musical and the Edinburgh Fringe Trip be postponed until after we have left. Even during the rehearsal process for ‘The Oresteia’, we were unsure if the entire cast would be able to perform due to self-isolating situations! Suffice to say, we all felt surprised and relieved when the lights came up on opening night. Although it was not the performance space we had envisaged (we were due to perform in the Drama Hall but social distancing prevented this), the Main Hall was where we started our theatrical journey together seven years ago, with plays like ‘Little Women’ and ‘Julius Caesar’, and thus it felt right to perform to our ‘bubbled’ crowd in that same venue. And despite the tragedy of the plot, Splendid’s brilliantly ironic and comedic adaptation of ‘The Orestaia’ felt like the right play to end on, with its feminist slant driving home the values we have learned over our time at GHS. The whole four week rehearsal process was such fun, and we are all incredibly grateful to Ms Fenton and Miss Whiteman for helping us to graduate on a high note! In fact, the whole experience was, to aptly quote the final words of the production, “Wonderful! Lovely! Fine! Nice!” 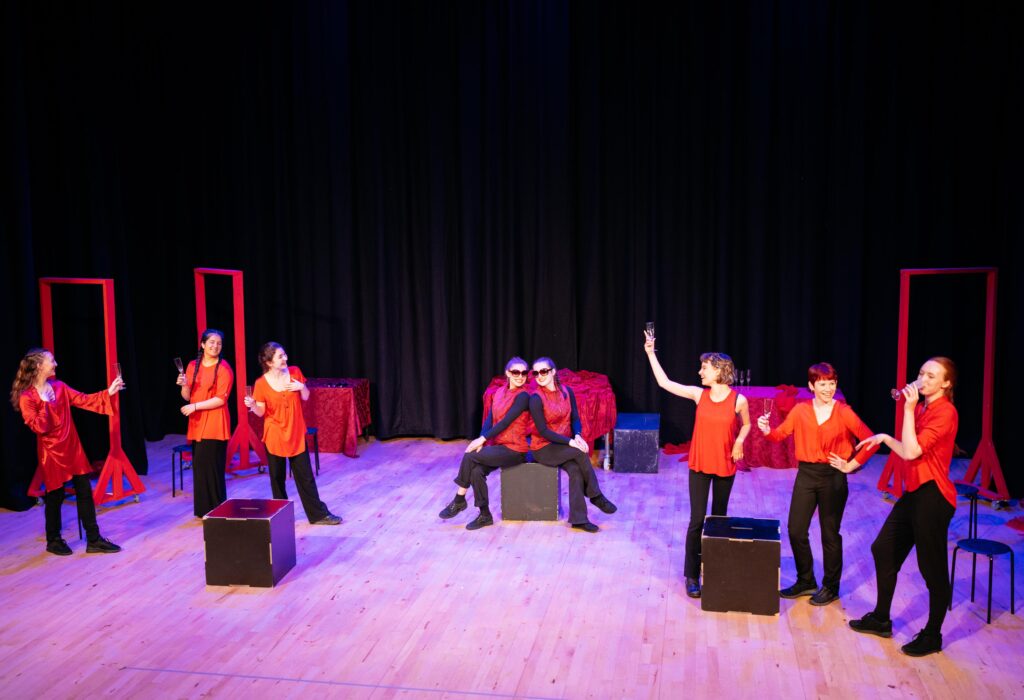 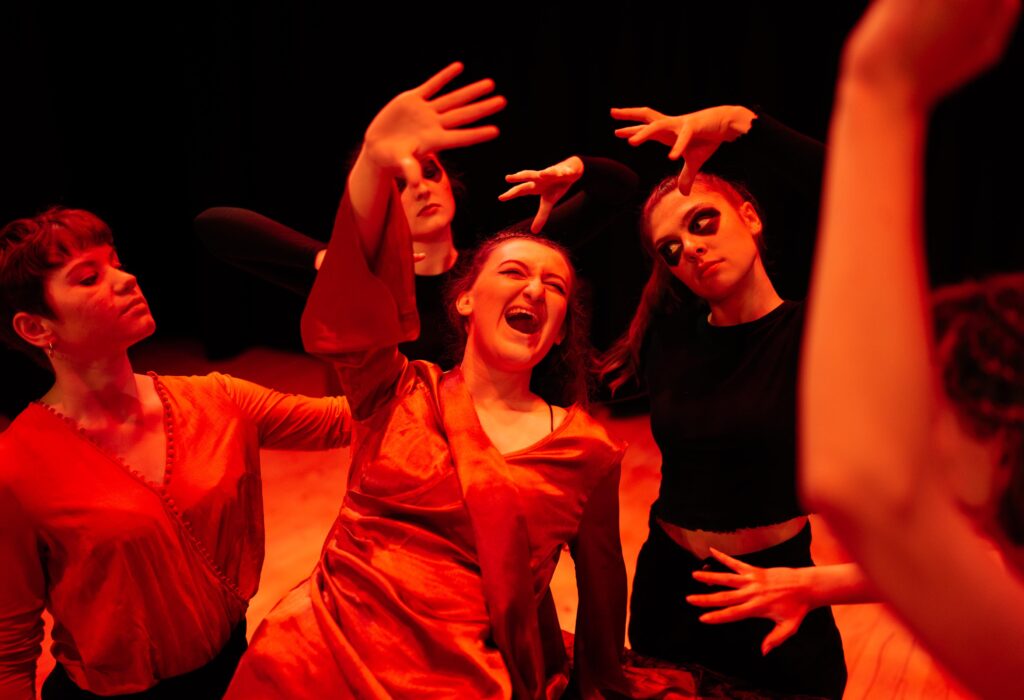 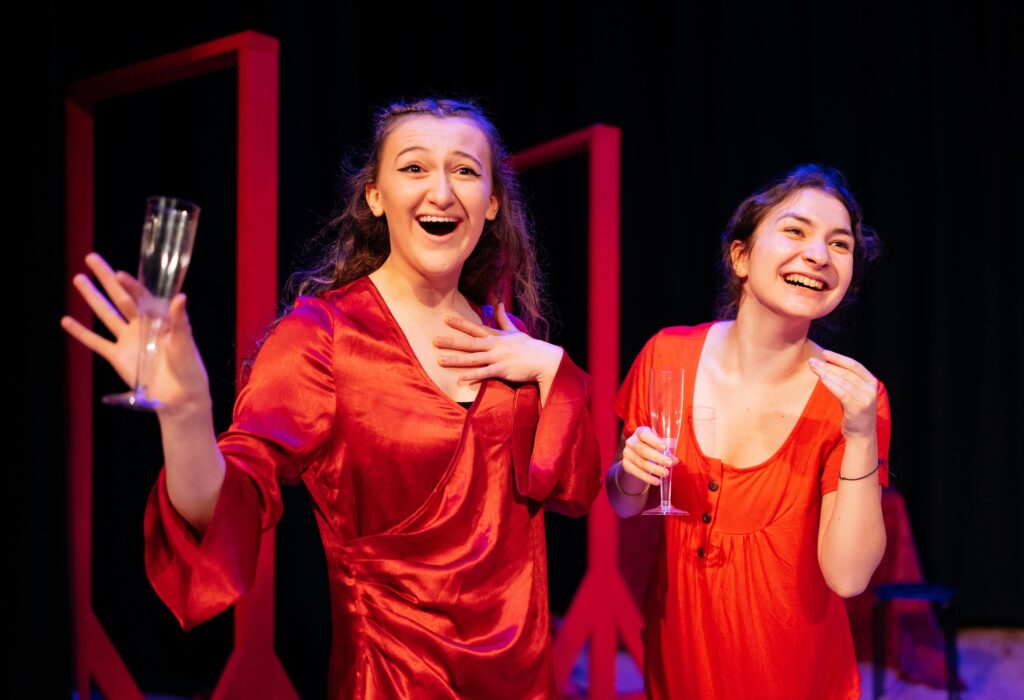 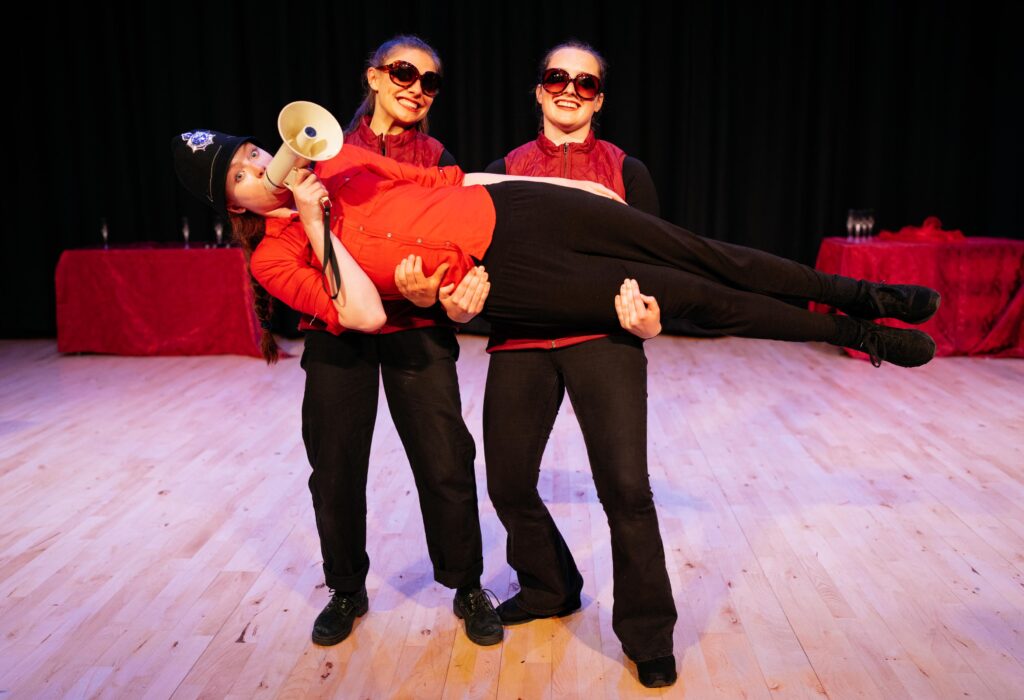