When Guildford High School was founded in 1888, my great-great Grandpa Alfred Wells was a farmer at Tuesley Farm in Godalming where he lived with his wife Mary. 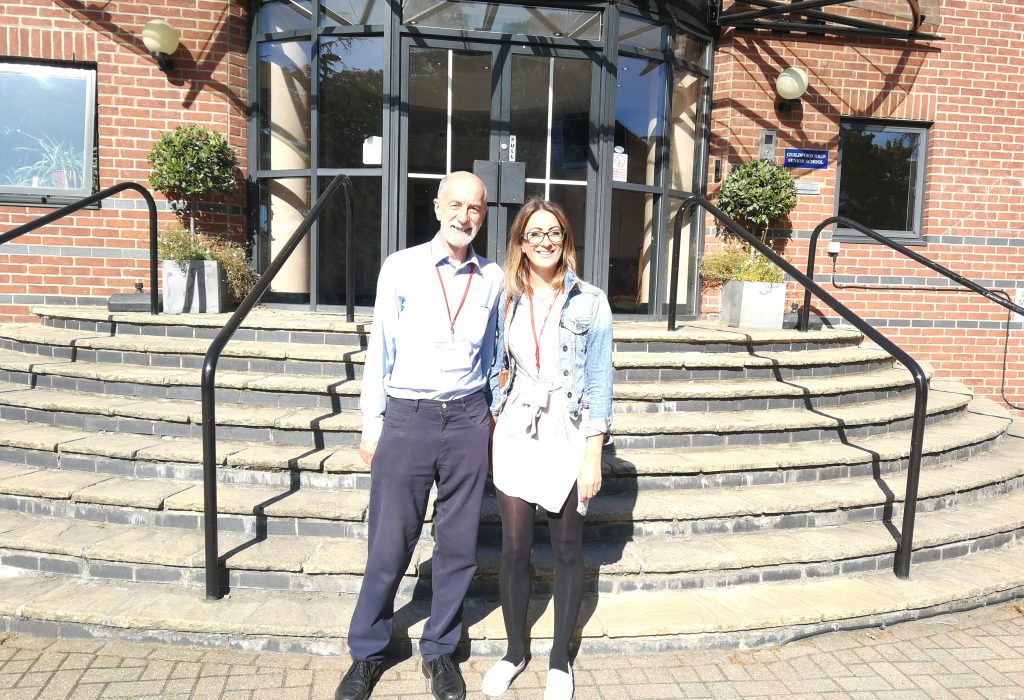 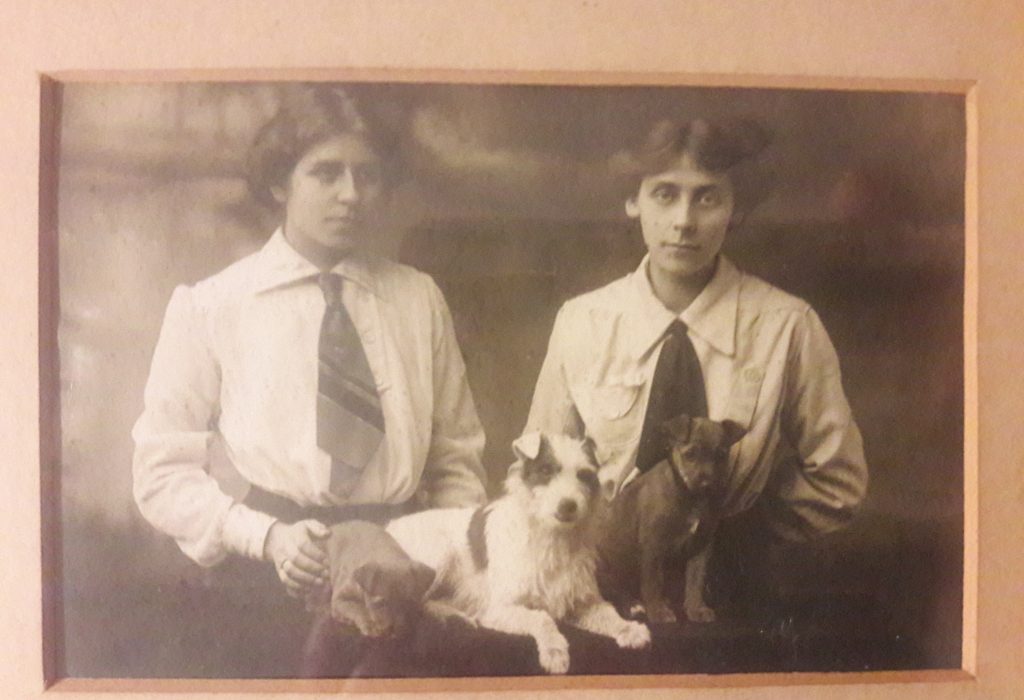 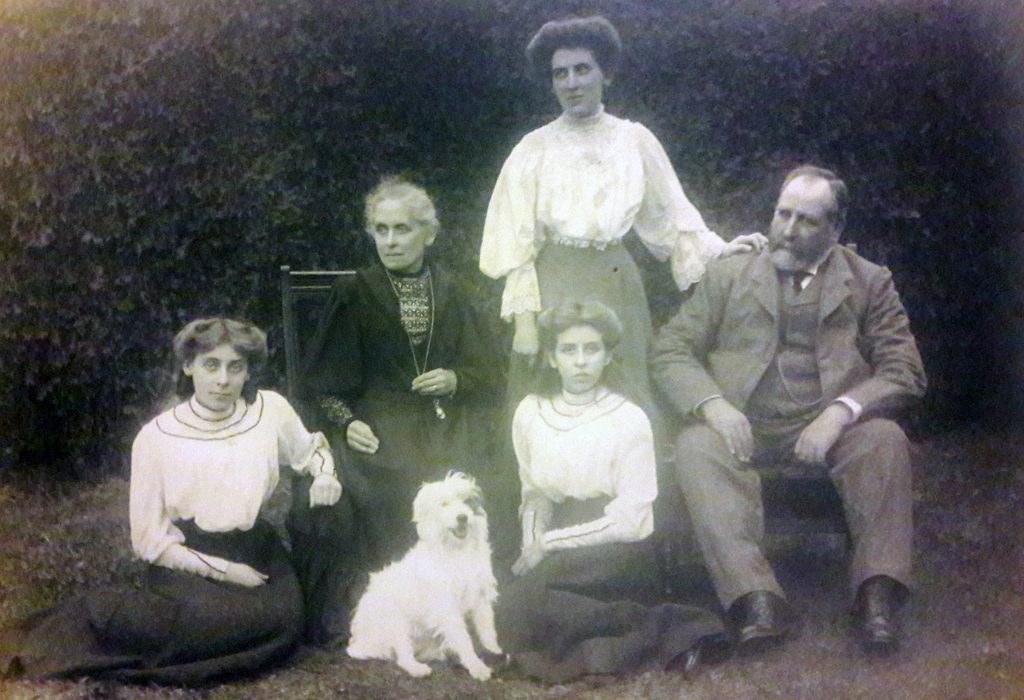 Their family grew, first with Agnes (my great Grandma), born 1890, and then May, born 1892. Both girls attended GHS where Agnes excelled in Art and Music, particularly the piano.

However, times were different then for girls. Agnes had to choose between pursuing a career in music or marriage. She chose the latter and married Frederick “Nimmie” Mitchell in 1914 but retained a love of music throughout her life. They moved to Guildford where Nimmie worked in Lloyds Bank in the High Street. May volunteered for the Red Cross during the first World War but sadly never married as the war had taken its toll on the number of eligible men returning.

Agnes and Nimmie went on to have two daughters; Jean was born in 1916 and Alison (my Grandma) in 1921. Again, to follow family tradition, both went to GHS where Jean was the academic one and Grandma the sporty one. Jean passed her Schools Certificate and married Geoffrey Bacon in 1935. They moved away from Guildford, first to East Horsley and then Reigate where Geoffrey worked as a bank manager.

Grandma represented the school at hockey and lacrosse. She admitted to frequently trying to get others to do her school work.

However, the story that she always recounted with the most amount of glee was the time she got sent to Coventry – she decided to walk along the very small ledge outside, what is now the maths corridor, which you will note is not a ground floor corridor. She was very smug as she successfully completed this task without any damage to herself or the school building, much to her classmates’ amazement, until she came face to face with a Prefect as she clambered back through the classroom window.

It was while at school that Grandma met (most probably behind the school bike sheds by Nightingale Road as she told me) a boy from the Royal Grammar School. She and Douglas Terrill were married in 1940 when Douglas was a flying instructor for the RAF. Tragically, Douglas was killed in 1943 when the aircraft he was flying as a test pilot crashed.

After the war, Grandma met and married Derek Stott (my Grandpa) who was then a tutor at the Guildford Law School, now known as the University of Law. They moved away to Midhurst in West Sussex where Grandpa worked as a solicitor. Grandma and Grandpa had a son, Graham (my Dad) in 1955. With Dad failing the gender test and being an only child, this family story skips a generation.

Mum and Dad moved to Guildford in 1982 and I was born in 1989. In 2000 I became the fifth member of family to go to GHS. It is said I followed more in my great Grandma’s footsteps then Grandma’s. In fact, without my knowledge, both my great Grandma and I both painted water scenes when we were both in our final years at GHS. I won the school Art Prize in 2007 and went on to gain a distinction at Wimbledon Art College. I studied Art and Psychology at the University of Reading where I met my now husband, James Beldham. We were married in 2015 in Farnham and our wedding was greatly attended by alumni.

This story has now come full circle as we now live in Godalming, just like my great-great Grandpa.

Who knows, in years to come our future daughter may well be attending Guildford High School just like the three generations before her.