In the run-up to Christmas, there was a new first for GHS: a showing of the classic Christmas film, ‘The Snowman’, alongside a live orchestra and choir made up of pupils. This scratch ensemble, of over 50, performed to a full house in The 2016 Hall after just three weeks rehearsal following the Michaelmas Concert. The performance was a great success as the musicians conquered the challenge of playing alongside a film. Special mention must be made to Emily, Hebe and Kate for their hard work in learning the crucial piano parts that run through the full 26 minute film. A magical performance to kick-start the Christmas period. 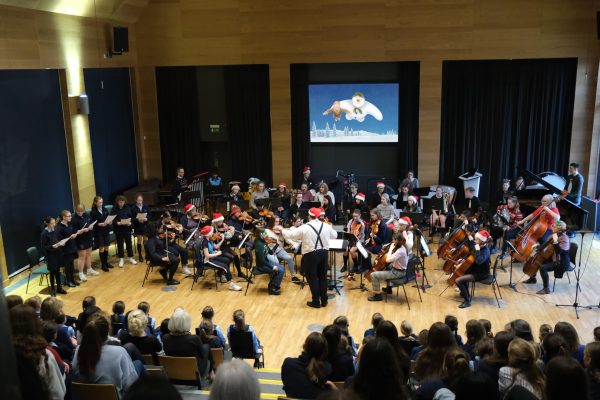