Senior Play: ‘This Changes Everything’

‘Have you got anything for a large cast? Is there anything with strong female roles?’ 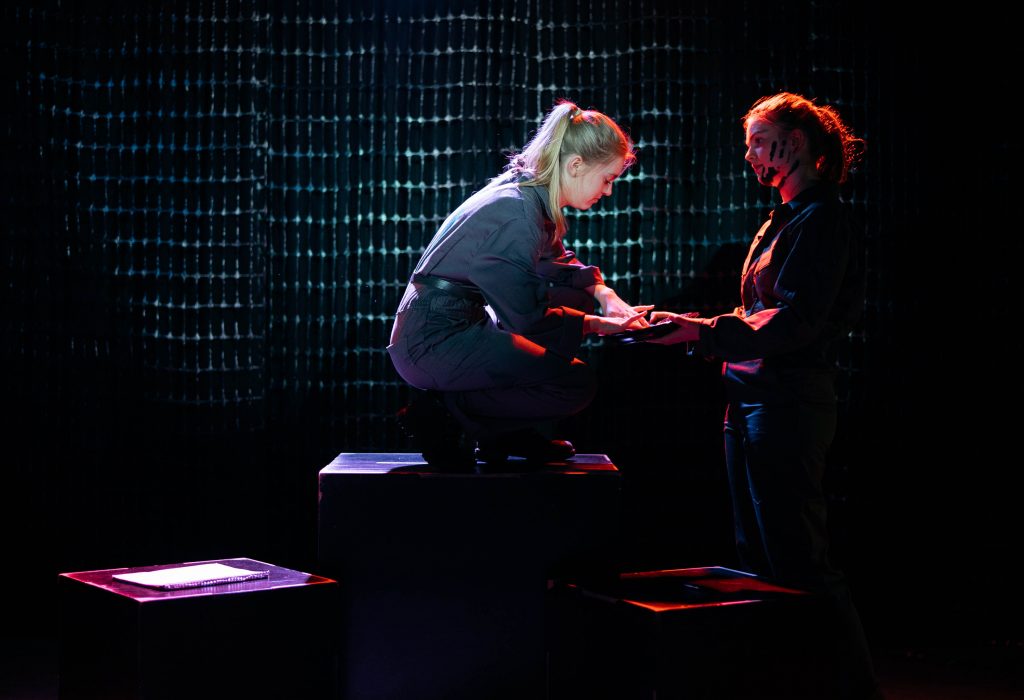 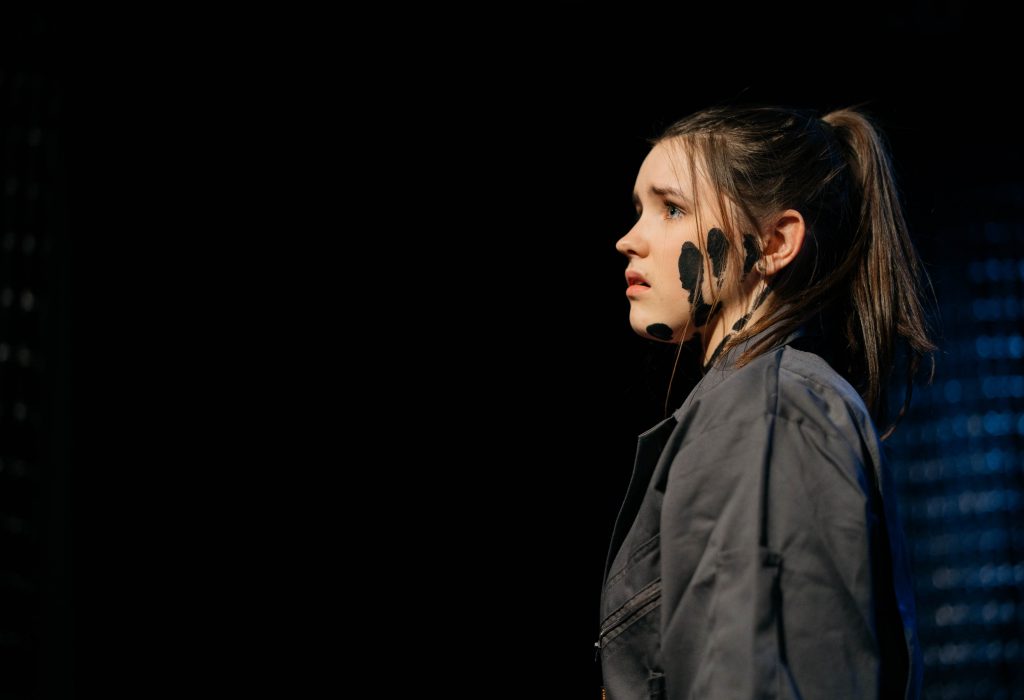 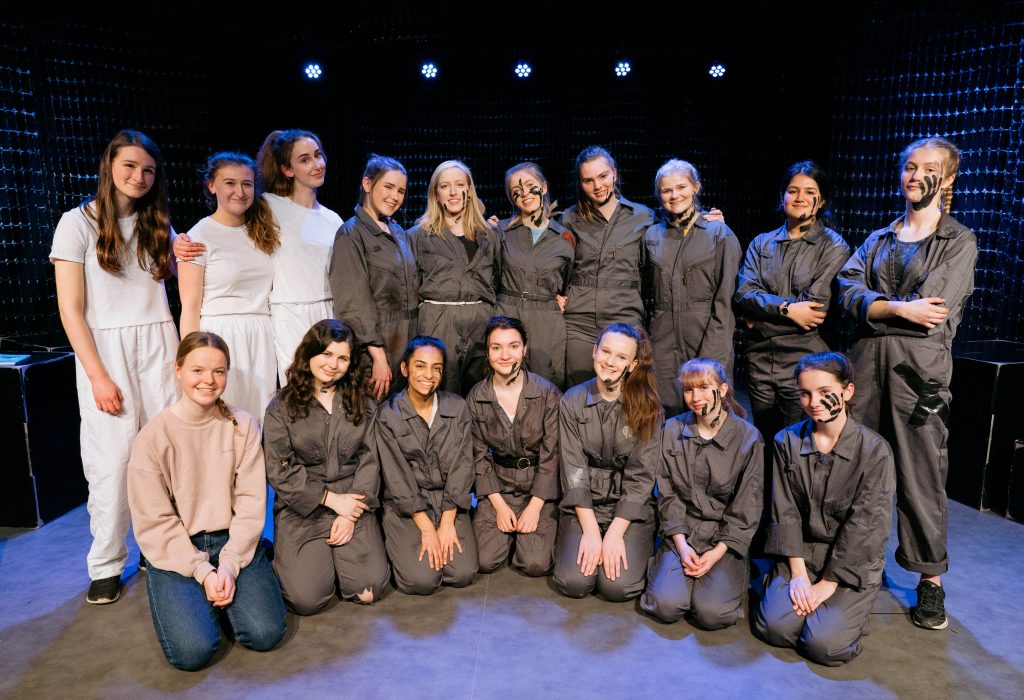 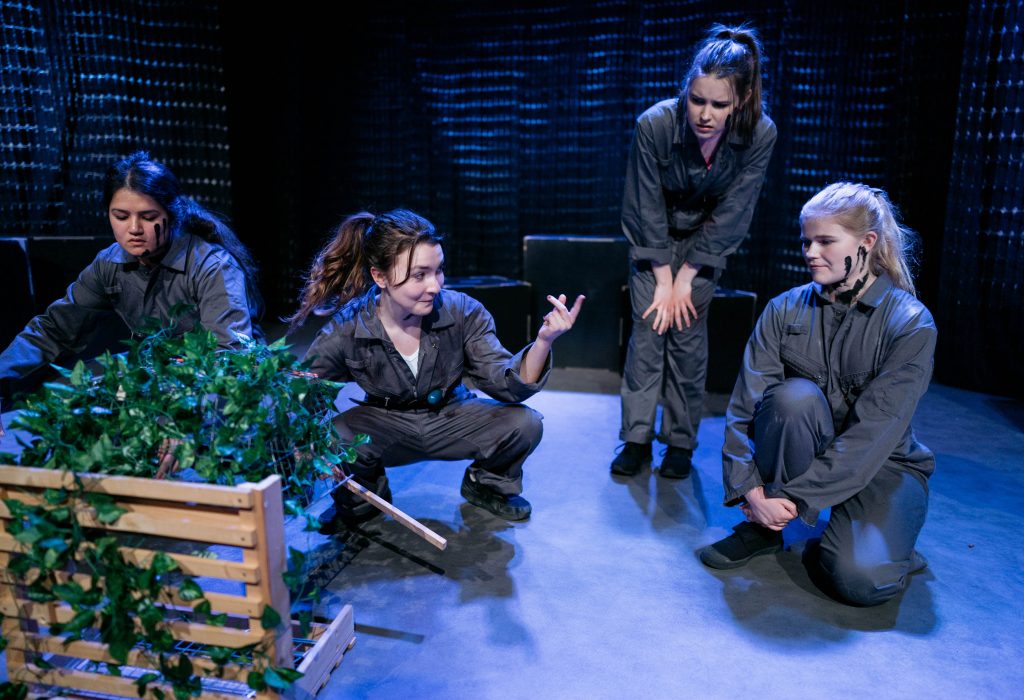 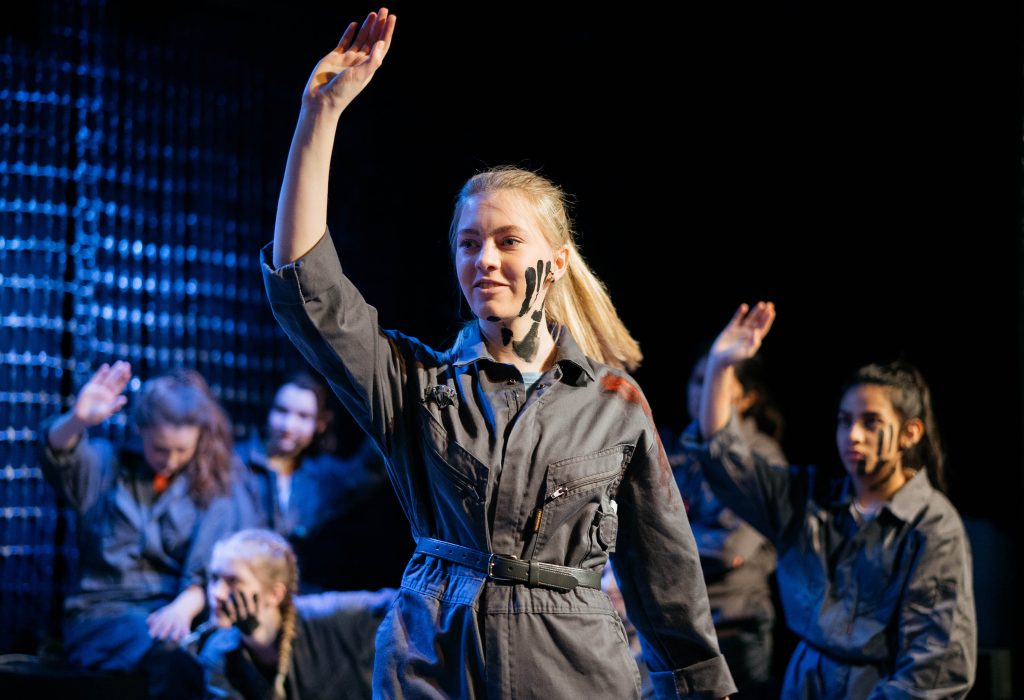 ‘This Changes Everything’ has both and much more besides. “The play is not set here, but not far from here. It’s not set now, but not far from now.” Its closeness to ‘now’ made it unsettling and prescient with its talk of a pandemic and civil disruption.

The striking and innovative set, designed by Mr Brown, in black barrier fencing, brilliantly depicted the claustrophobic and, ultimately, the dark and destructive nature of The Community whose idealistic visions become ones of betrayal and deceit. It is a female ‘Lord of the Flies’.

All bar one of the cast wore grey boiler suits to convey the sense of belonging in the group: ‘The Community is the individual, the individual is the Community’. This was a powerful piece of theatre; a triumph of ensemble acting where an individual’s character was conveyed not only in words, but with the movement of a foot or the lifting of a hand. COVID-19 meant the evening performances had to be cancelled, but Thursday’s lunchtime one (without the opportunity for a dress rehearsal) was a very special theatrical experience, especially as it was the last performance for the Upper Sixth members of the cast. The absence of two members of the cast meant Ms Fenton had to become a member of the Community, and Esme Thomas and Jess Hilton took on extra roles. Congratulations to Ms Fenton for directing with consummate skill and sensitivity, and to the actors who all impressed with their calm, professional approach.