Paused by the Pandemic

Over the last three years, the school has proudly followed the progress and success of rising star, Emily Appleton (Class of 2017), since she first entered the arena of professional tennis.

Throughout her time at GHS, Emily dedicated herself to playing the sport at a high-performance level, with the incredible effort that entailed, managing her studies alongside many hours of training and weeks spent away, competing in tournaments at home and abroad. Despite the disruption to her schooling, Emily achieved top grades in her GCSE’s and A levels and attained a full scholarship to study at an American University. Mounting success in national rankings, combined with her ambition and passion, however, drove Emily down a different path and she decided to start out on the professional circuit instead; a career that would require the ultimate challenge to her strength and talent, both physically and mentally.

Determination, resilience and willingness to overcome personal sacrifices, such as a normal social life, has been admired by all Emily’s supporters at GHS and we were extremely grateful to hear the excellent motivational talk she gave virtually, to the school’s Aspiring athletes, during the lockdown period.

It is also fascinating to read her story, about where she was and what happened when the pandemic pressed pause on the world. It may have proved ‘Game, set, match to Covid-19’ in April, but we can only hope, that when normal life resumes and Emily returns to court, her inspirational, winning attitude will serve to her advantage once more. Emily’s account follows…

At the beginning of March, I embarked on a 36-hour journey to Olimpia, Brazil – my first port of call on a five-week trip. I was feeling confident, well prepared, and optimistic about my chances of success in a series of $25k International Tennis Federation (ITF) Tour events.

After only a day of preparation upon arrival, the qualifying tournament started and after some good quality performances, I had secured my place in the main draw of the singles and had earnt my place in the quarter final of the doubles event.

My quarter final match was scheduled for Thursday afternoon (only 6 days since I had landed in Brazil) and I was feeling confident! It was then however, that all the players were told the news that all international tennis tournaments had been cancelled until the middle of April, including the ones that were already mid-way through this week! The fact that the tournament I was in was literally stopping straight away, mid schedule, mid match was very bizarre and not something I had experienced or ever heard of happening previously.

Straight away all of the players were advised to go home because there were not going to be anymore tennis tournaments for the foreseeable future – anywhere in the world! It quickly became a mad scramble to get back to our respective countries – new flights had to be booked (with huge financial losses for return flights already booked for the following month) and hotels cancelled. The flights home were very hard to find and were at a premium price so it was a costly experience in so many ways. On top of this, due to the fact that my phone had completely broken en-route to Brazil, all of this had to be organised using a very old iPad mini which had become my only means of communicating with home.

Only a matter of days after returning from Brazil, the lockdown measures were enforced in the UK and the reality of it all suddenly started to hit home. After all, I had been in the back of beyond in Brazil without access to UK news and so didn’t have much of a clue quite how bad things had got.

Lockdown wasn’t going to be easy for anyone but the prospect of it for me as a professional athlete who relies on daily training and competition to get by – financially and mentally – was pretty daunting.

The days of four hours of intense on court tennis training, two hours in the gym and an hour of mental work each day suddenly seemed like a luxury and now I had to get used to home (where I’m usually only ever at for a week at a time) being my office.

However, I decided to take a very optimistic approach and I have made sure that I use this time to focus on the things that I have struggled to give time to whilst on the Tour. My days have changed significantly in structure but I ensured that each day is carefully planned out and fully utilised so that when lockdown does eventually end, I will be in the best physical shape possible and stronger mentally as well. Instead of hitting the courts, I have focused on mental training (so important in tennis); mindfulness (I have taken up yoga, meditation, visualisation and learnt how to breathe… properly!); fitness (within the confines of my home and small garden); reading (something I wasn’t too keen on before); cooking (a secret passion of mine); and painting (by numbers I hasten to add!). I have also filled my time preparing vlogs and blogs for my sponsor (SKY); I have been interviewed live on SKY Sports TV; and I have been for long walks along the river close to where I live. It hasn’t been easy but I am hoping that when the tennis tour does eventually return that all the ground work I have been putting in will pay off and I will be better because of it. I expect that it will also help me to feel much more grateful when playing and teach me not to take things such as travel for granted! But who knows just how long it will be until I can put this theory to the test and can I financially last that long? After all, I only earn when I play and at the moment there is no play – anywhere in the world! It could be a long year and how many players will survive this? 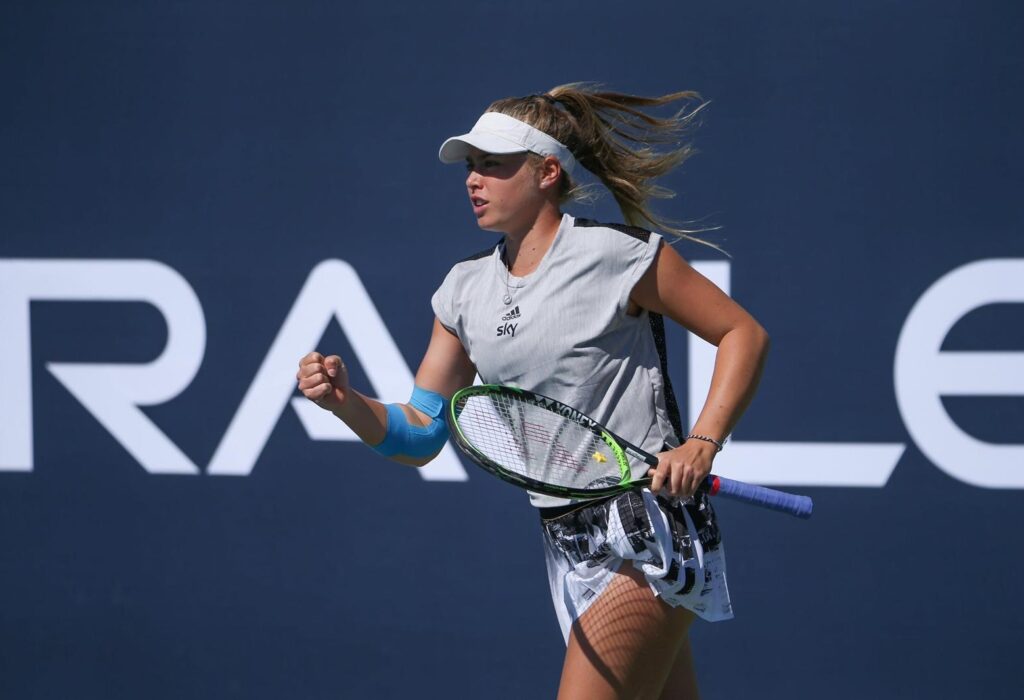