At the start of this term, the Lower Sixth Drama class began rehearsals for our production – ‘Everyman’. A medieval play, adapted by Splendid Productions, which follows Everyman as he embarks on his journey to death, meeting important parts of his life along the way. The play is a fast-paced comedy which explores what it means to be human and all its complexities. This made it the perfect play to perform after a year of difficulties for many, due to its uplifting yet thought provoking nature. We wanted to acknowledge the dedication of the NHS workers over the last 18 months, thus we performed wearing scrubs and rainbow socks, aiming to leave the audience with a sense of hope and gratitude as we emerge from the pandemic. 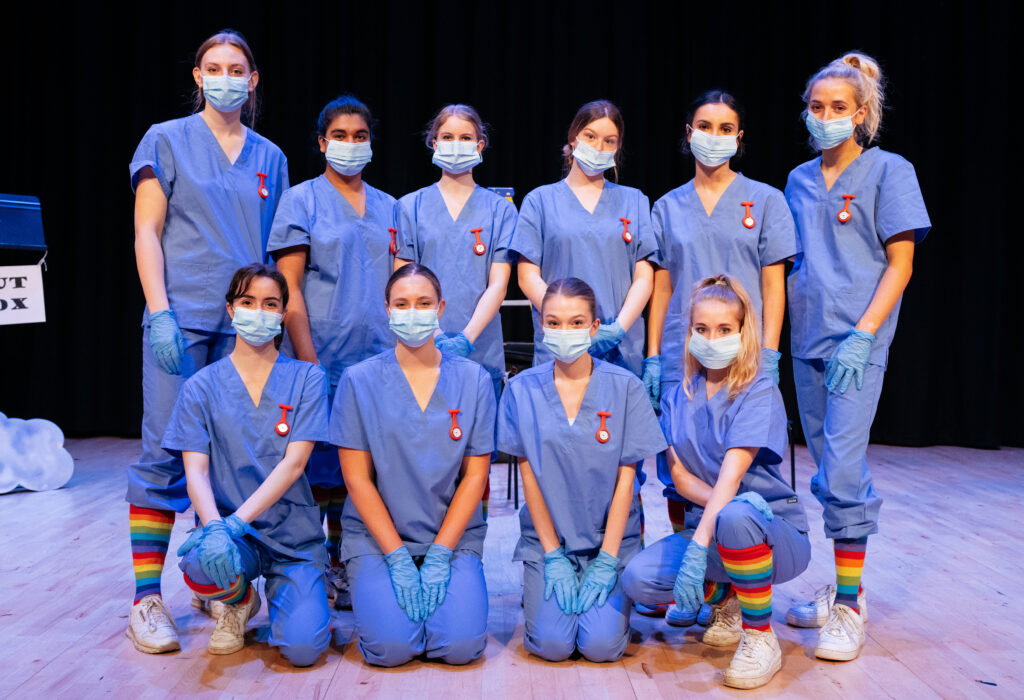 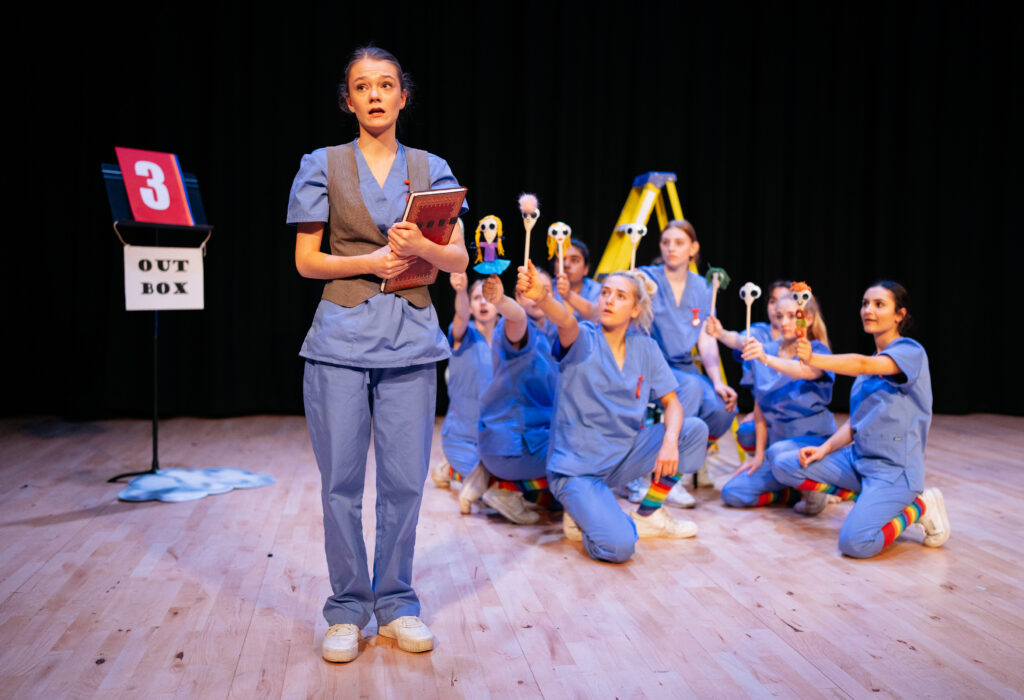 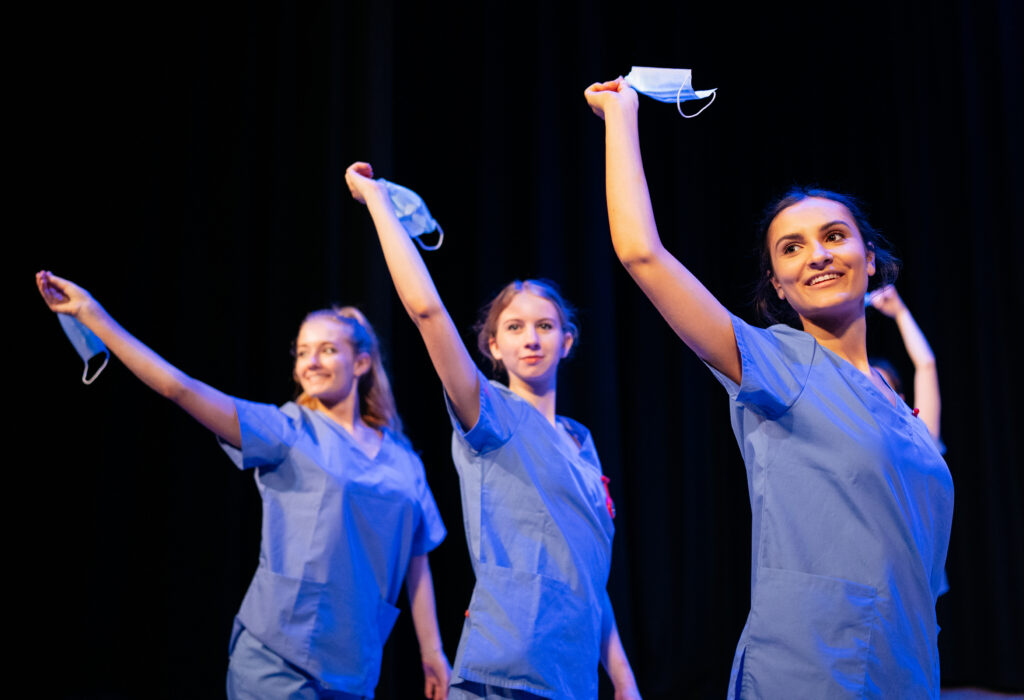 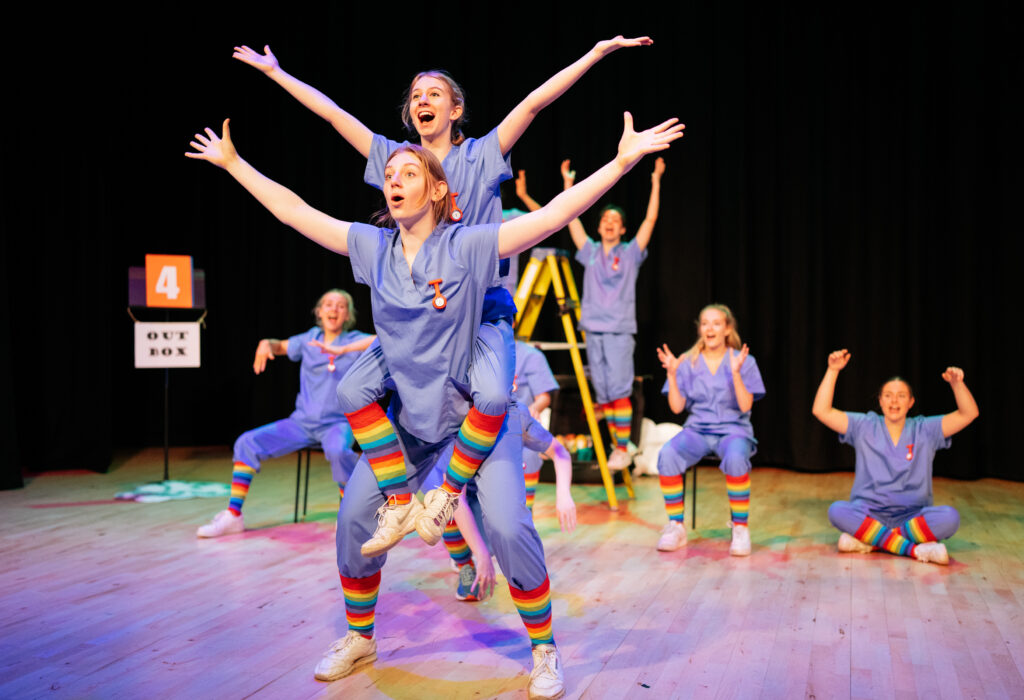 Upon receiving our scripts, we were a little perplexed by the non-naturalistic style and somewhat zany uniqueness of the play, however, once rehearsals were in full swing, we quickly embraced the ‘organised chaos’ and fun of the production. The rehearsal period was intense, due to the energetic, ensemble style of the piece, although this ultimately paid off in an engaging performance that received many laughs from the audience. Whilst Covid-19 has stopped us performing in Edinburgh this year, we are all excited to resurrect and develop the production next year to perform at the Fringe Festival 2022. Our class became a theatre company and the experience has energised and educated us ready for our final year at GHS.