Openbox Theatre Company never fails to disappoint at GHS, and this year was no different! Years 3 to 6 enjoyed separate workshops in September to support their History lessons. The girls had so much fun and learnt a lot; we have shared their accounts below.

Year 3 came into school dressed as Romans and we had lots of fun learning about them. There were Roman ladies, soldiers and even Julius Caesar! Kenn and Iain told us about Roman life and how it was different from ours. We learnt that the Romans invaded many countries to get all of their riches. We held a Roman feast just like the Romans did 2000 years ago and ate lying down whilst others served us food. We did not even have to say “thank you”! The most exciting part of the day was when we pretended to be Roman soldiers. They could march 25 miles every day – what a tiring exercise! If one soldier made a mistake then they all had to be punished.

Year 4 arrived at school dressed as bloodthirsty Viking warriors, farmers and peasants. The Openbox Viking workshop was a treat for everyone. Kenn and Iain taught us some fascinating facts and Norse words which the Vikings used. We learnt a lot – for example the Vikings kept animals in their longhouses to keep themselves warm in the winter. We pretended we were Vikings and were sent off to do different jobs, such as making a longboat, finding jewels, weaving, hunting, training ravens and many more. As Vikings, we sailed across the sea from Scandinavia to England and took part in a pretend war. It was an awesome workshop.

We were so excited! Year 5 were having their WWII workshop and, to begin with, Kenn and Iain talked through the meaning of different words that people used during WWII. They showed us a map of Western Europe which indicated what Germany looked like at the end of the war and which countries Germany invaded. Then an air raid siren went off. It was very scary and loud! We had to take cover in the underground tunnel but luckily it was a false alarm. We packed our suitcases ready to be evacuated and set off by train to the country. When we arrived, we were allocated to our different families. We had to work on a farm and had to scoop up a cow pat and put it on the vegetables – yuck! Then we made food for a rich lady who would not let us go near her horses. It was an enjoyable workshop and we learnt so much.

Year 6 stepped into the unknown and were subjected to an eerie adventure. We were on the edge of our seats as we listened to nail bitingly scary takes, which made us shriek and squeal with fright. On tenterhooks, we crept cautiously around the hall, awaiting a frightful surprise as Kenn and Iain made us jump out of our skins. As scary as they were, it was lovely to have the opportunity once again to take part in an Openbox Workshop. 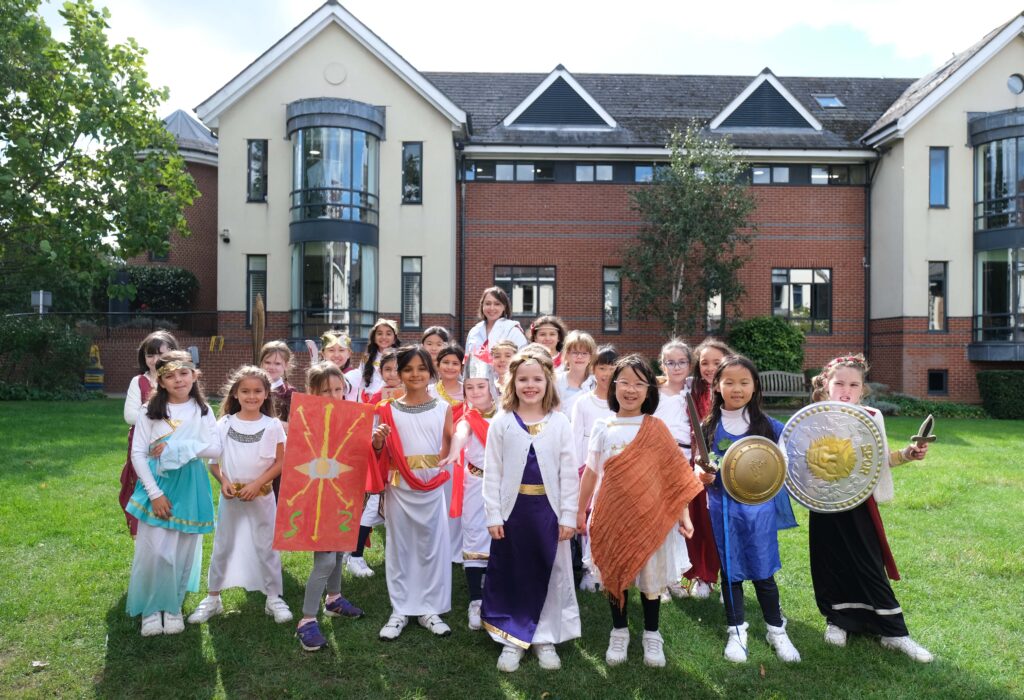 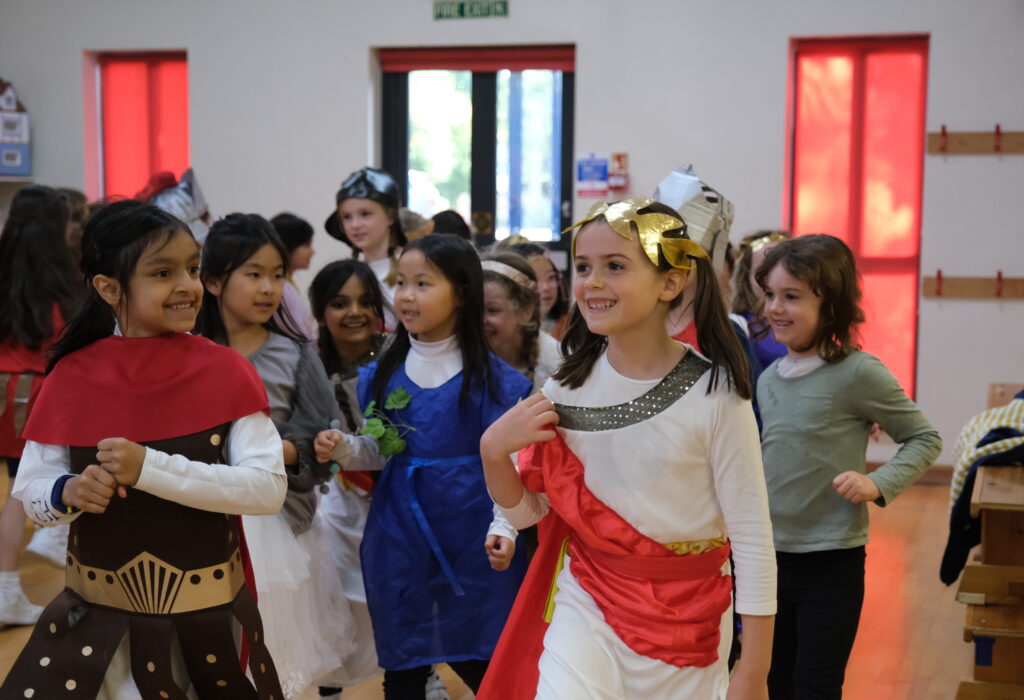 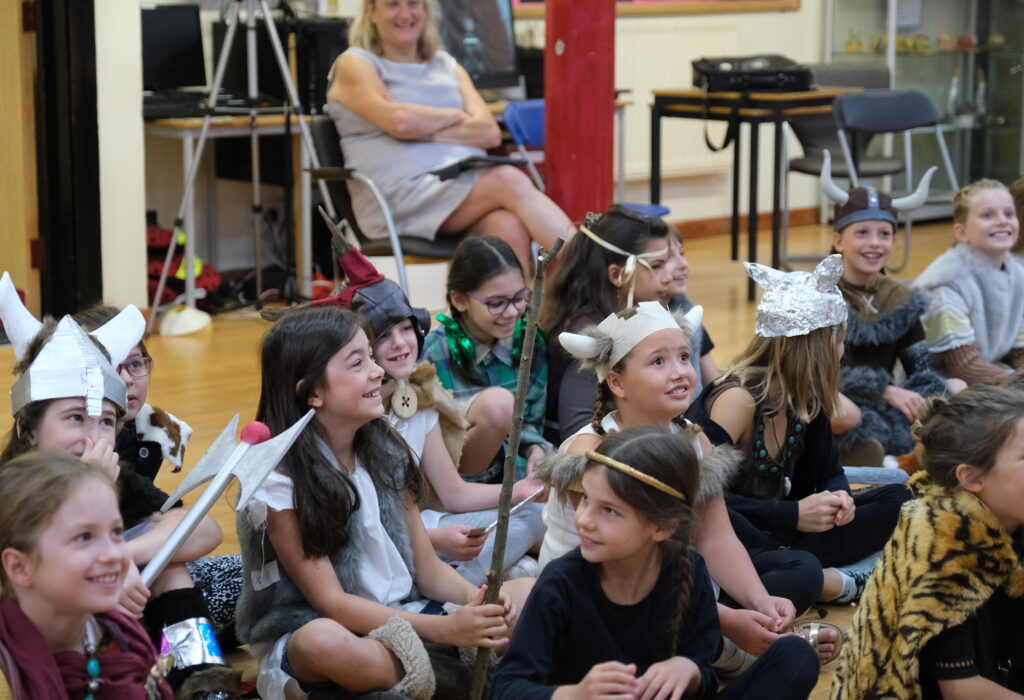 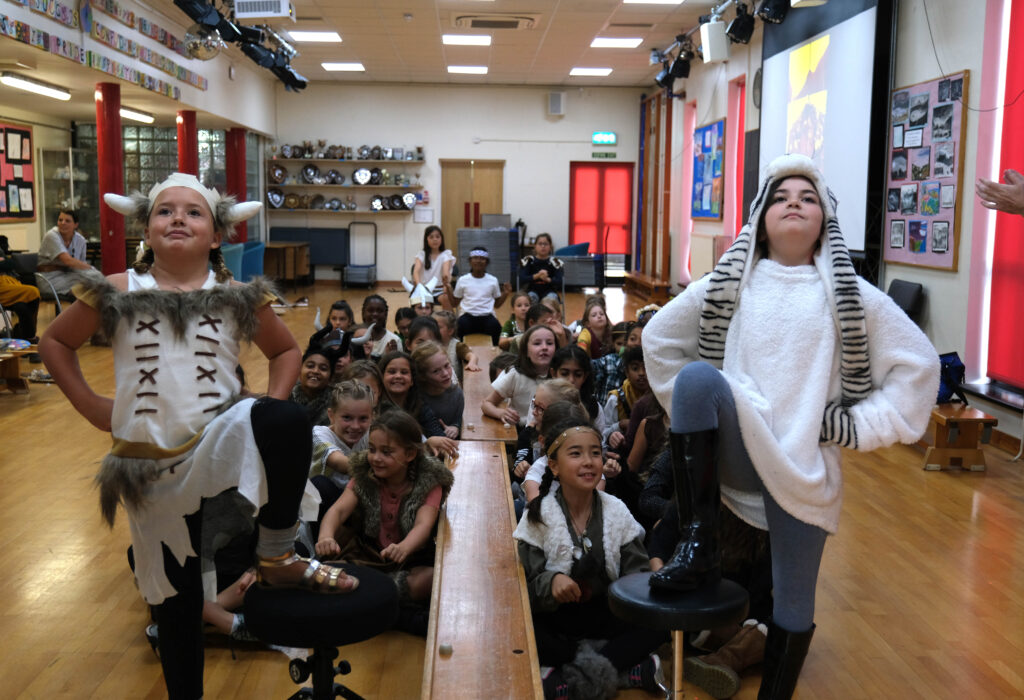 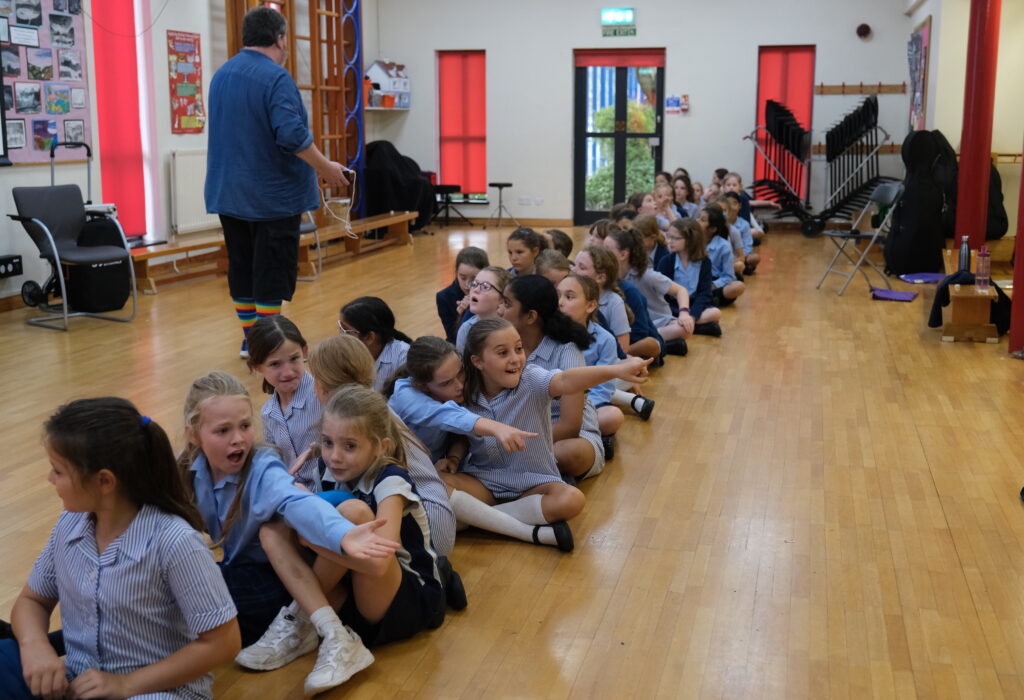 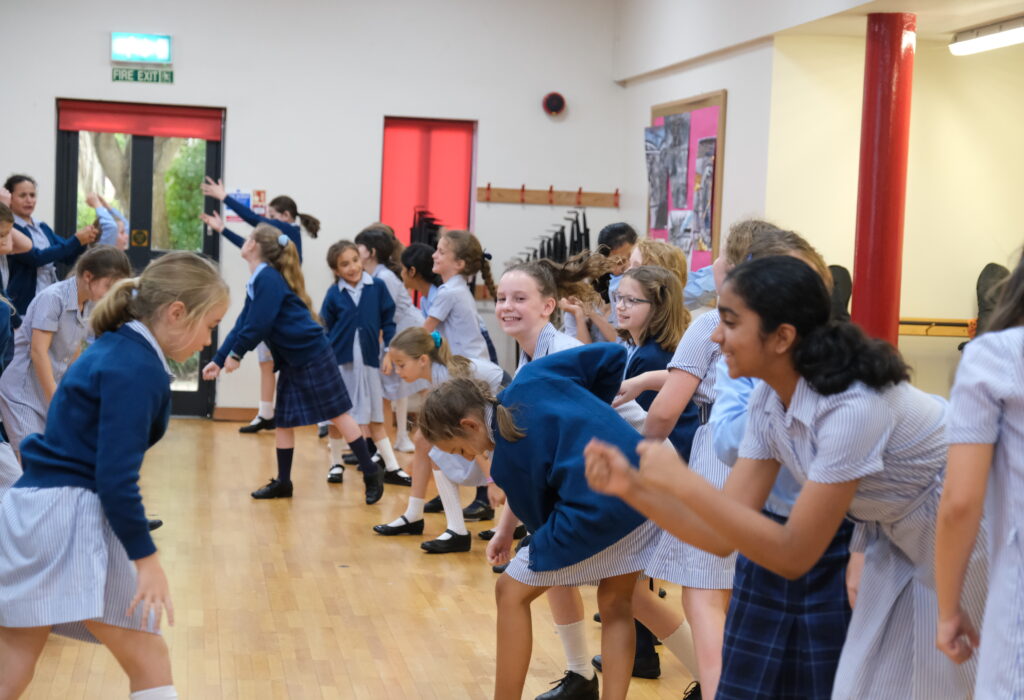 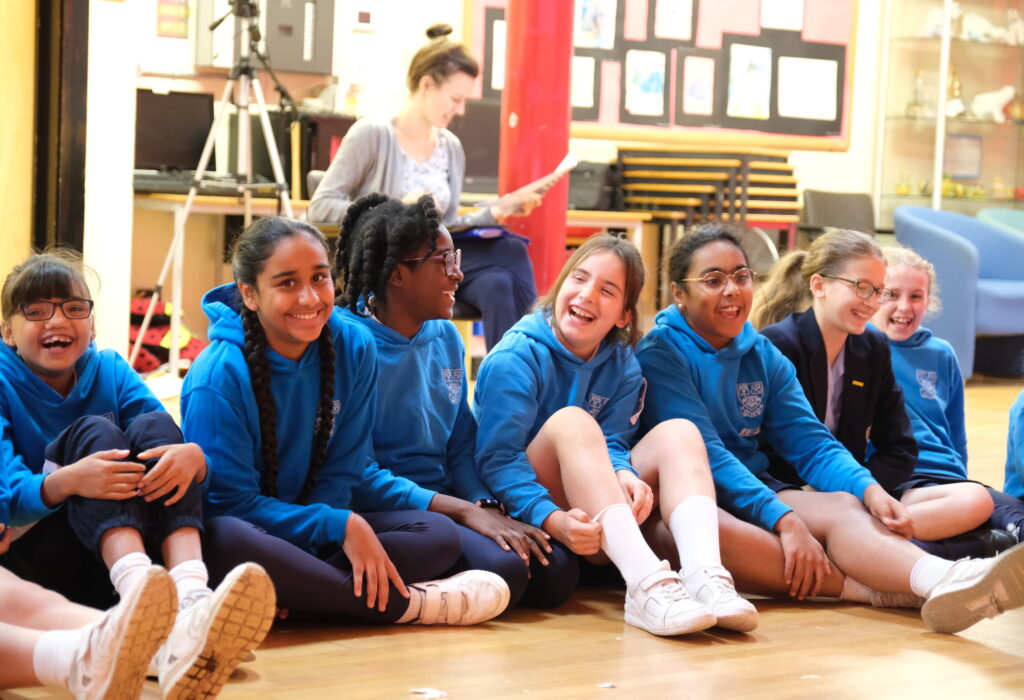 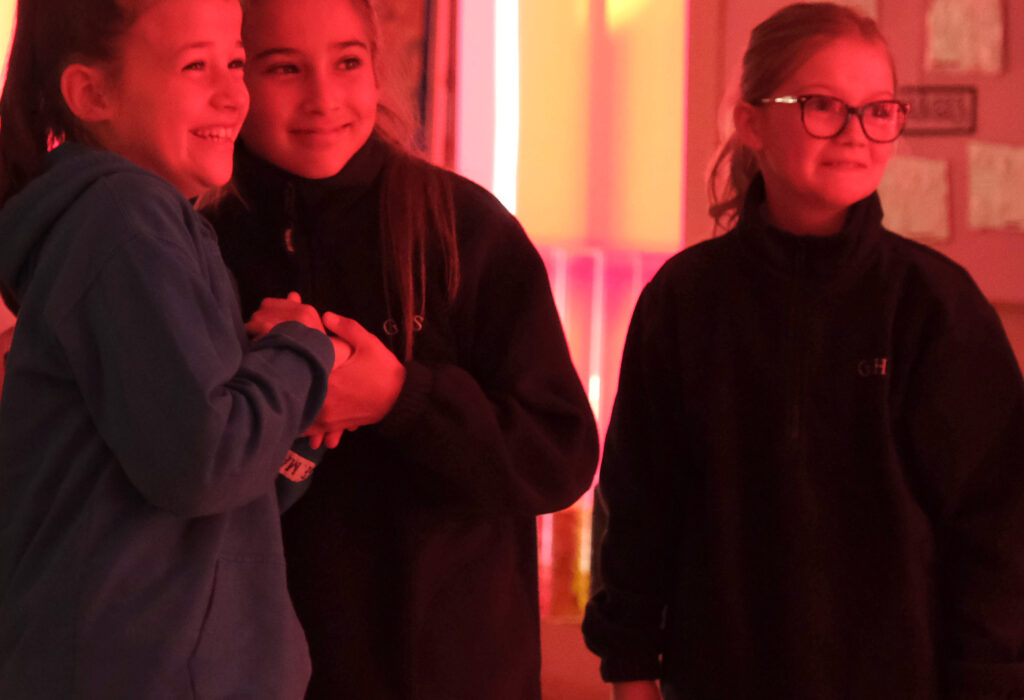