Last term in our English lessons we were tasked to write letters to our favourite authors. Some of these included Andy Stanton, David Walliams and Antoine de Saint-Exupéry. Our letters had to be written formally and had to include at least two questions for which we wanted to find out the answers. Some of the girls in our class asked the authors what their favourite childhood books were; others asked when the author’s first books were published; whilst one of us was curious to find out where J.K. Rowling got her inspiration from for her first Harry Potter book. 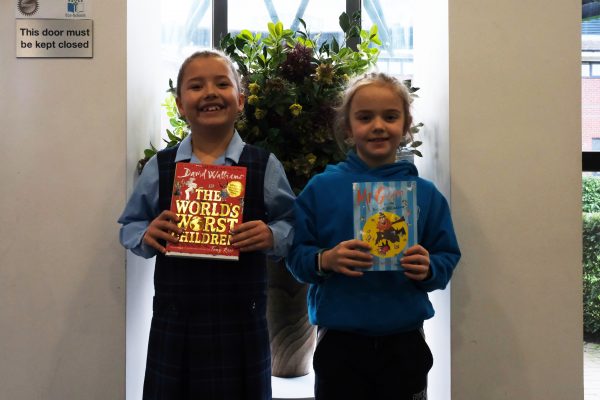 Before we could send our letters off around the world, we took a little trip over to the Senior School to get our letters ready. We had to use the franking machine to add an official stamp to show that they were ready to be posted. Then the waiting game began!

After a few weeks, Alice received the first reply from the publisher of Antoine de Saint-Exupéry because unfortunately he has not been around since 1944, so it would have been astonishing if he had responded himself. The reply which has caused the most excitement was Michelle’s letter from Andy Griffiths. Not only did it travel the whole way from Australia, it also included book tokens and a book for Michelle to read which would answer all her questions. We have also had four replies from J.K. Rowling as well as receiving post from Andy Stanton, not to mention the ones we are still waiting for. We are very eager to see what else arrives this term!