Having watched the acclaimed and riotously funny production of ‘One Man, Two Guvnors’ in the West End, I was struck by Miss Whiteman’s ambition to choose this as the Senior School play for this term. The physical theatre, complicated plot and fast-paced dialogue would be a challenge for any director- but Miss Whiteman and her accomplished cast pulled it off with great style, leaving her audiences aching with laughter!

This very funny farce, written by Richard Bean, is set in 1963, in Brighton. Francis Henshall (played by Alice) finds himself working for two bosses. One, Rachel Crabbe, is disguised as her dead gangland twin, Rosco- a double challenge for Mira, who played both parts. The other employer is the snooty Stanley Stubbers (Linnea), who also happens to be Rachel’s lover. Confused? Not as much as poor Francis becomes, as he tries to keep his two employers apart, whilst on the hunt for some food and a way to escape to sunnier climes with his love interest, Dolly (Saskia). Hilarious slapstick comedy ensues as Francis bounces between his two bosses-quite literally! Both Alice as Francis, and Sam as the Octogenarian waiter, Alfie, had us wincing as they threw themselves around the stage, over chairs and across the floor, with real gusto! Some of Alice’s ‘in-jokes’ were quite brave as well! 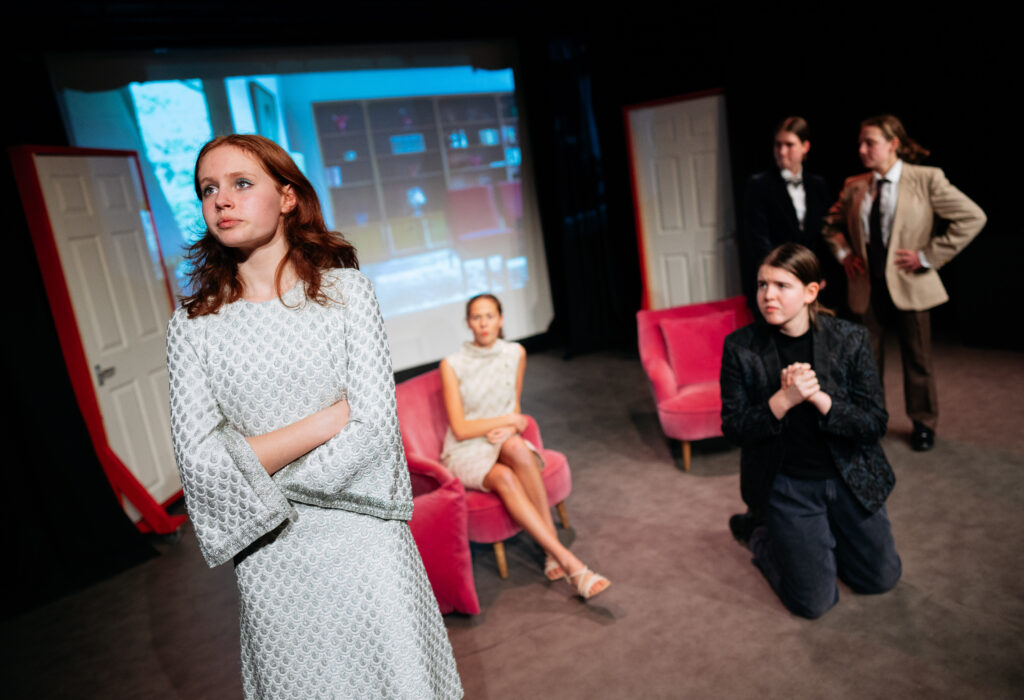 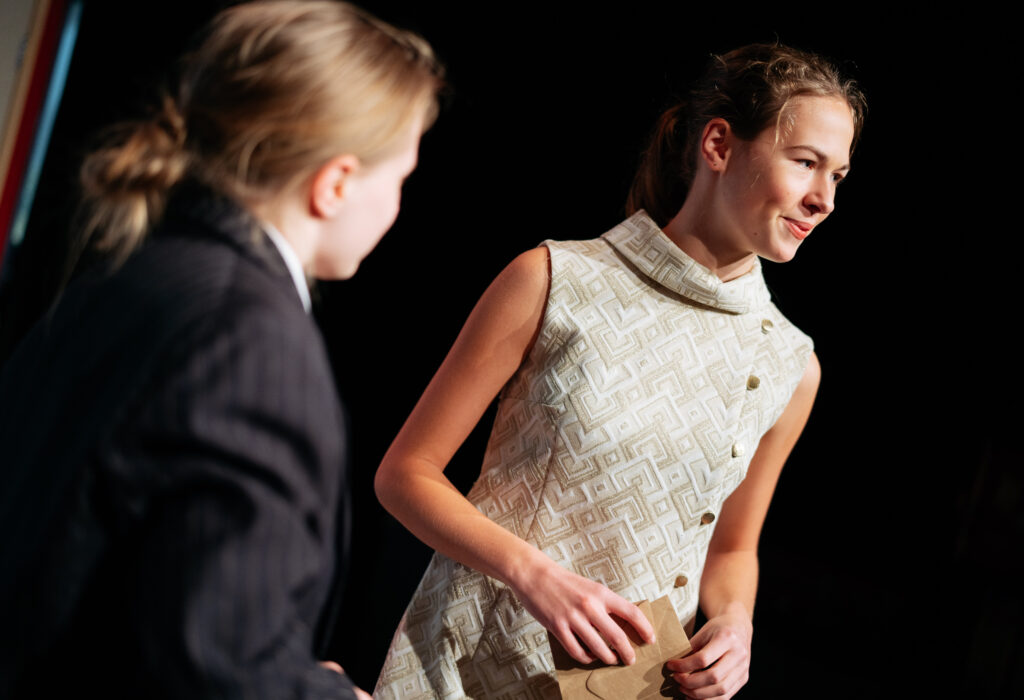 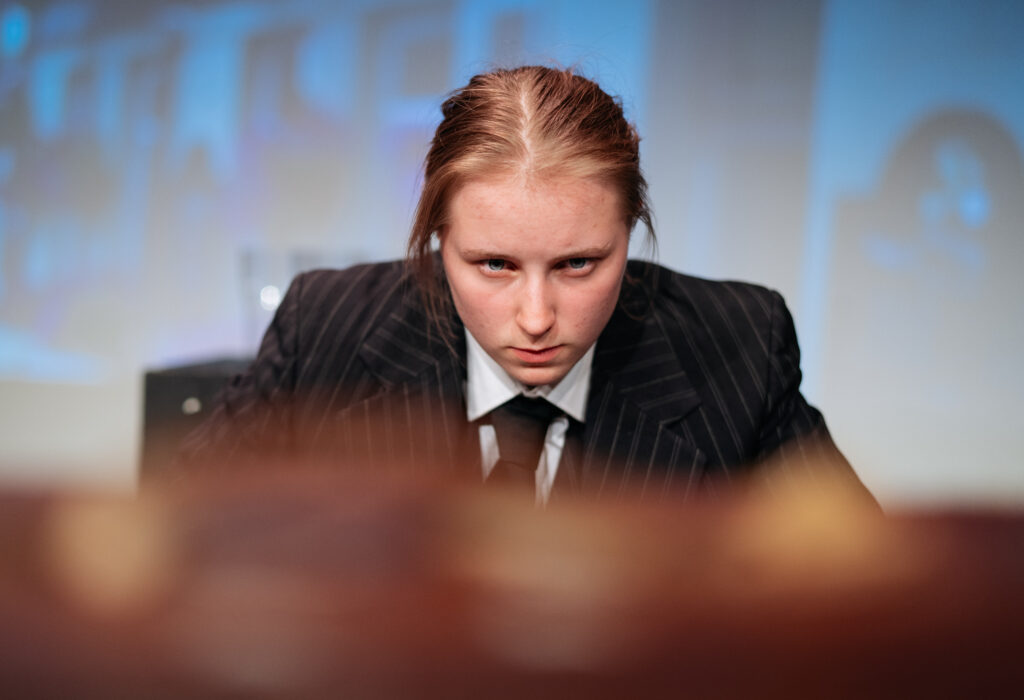 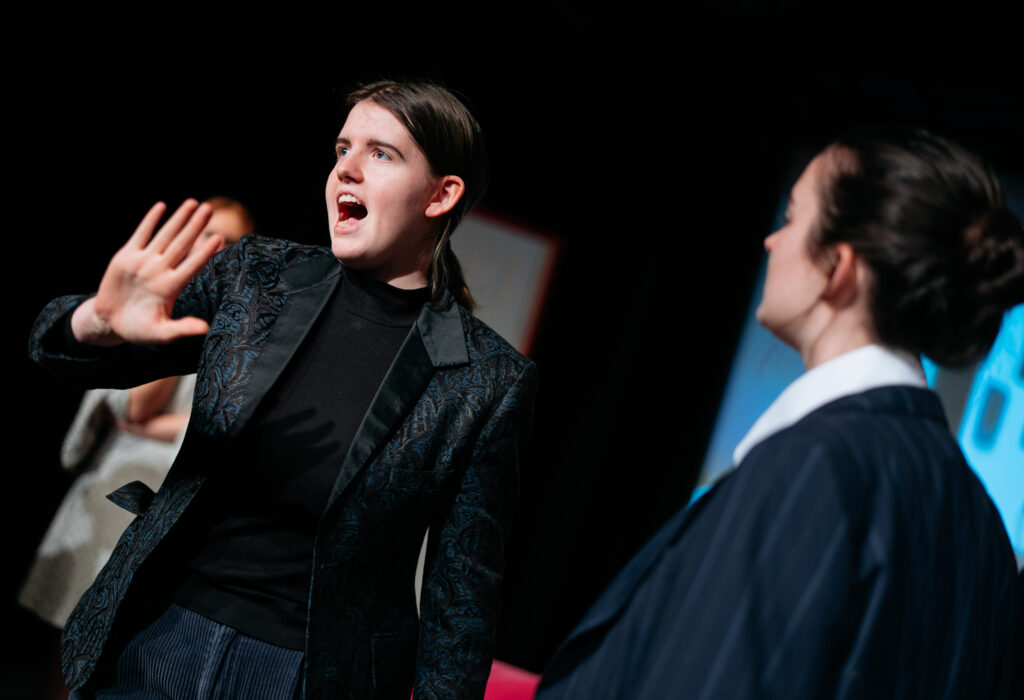 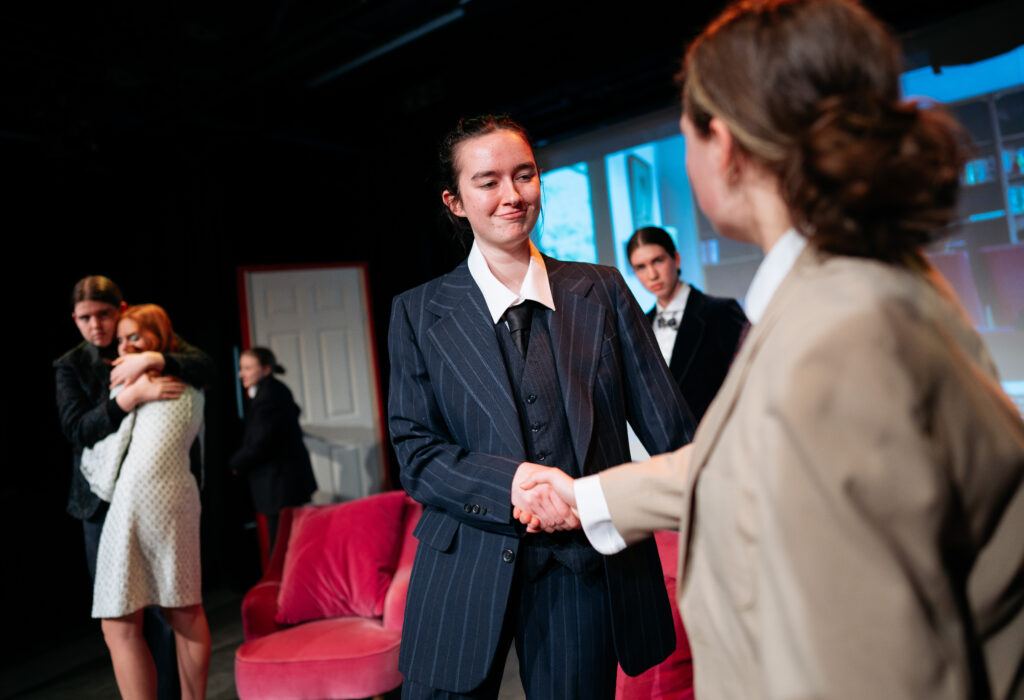 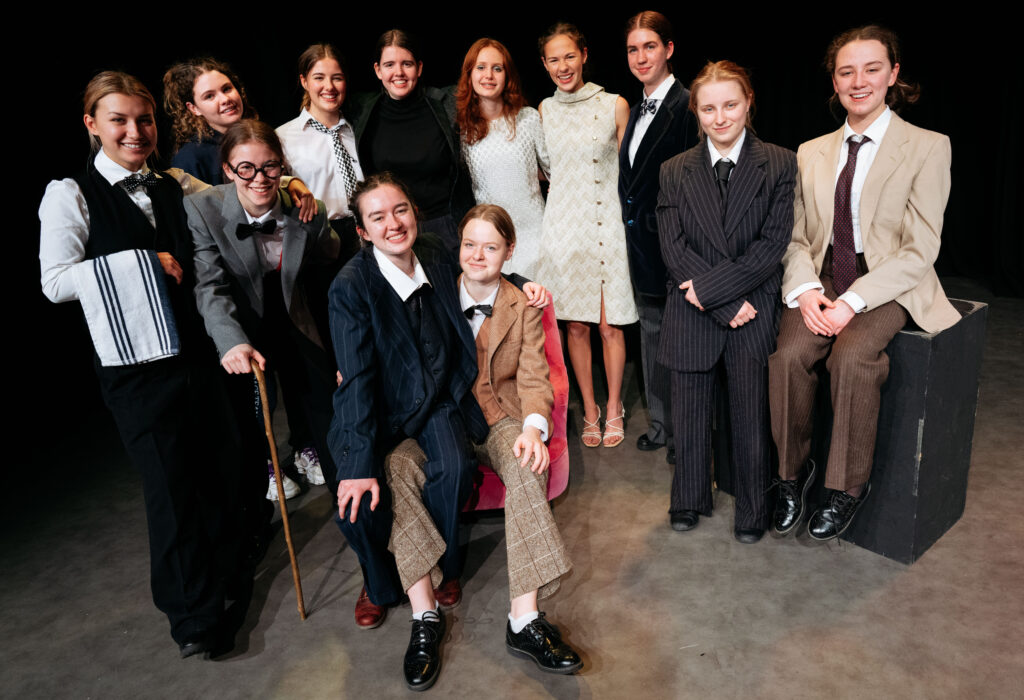 The funniest and most memorable lines in the play, however, were delivered by Isabel, who played Alan Dangle, the wannabe actor whose overacting and ridiculous affectations had us impersonating him all the way home. The naïve and innocent foil to Alan, his fiancé Pauline, was played by Isabel, who did well to keep a straight face when the rest of us couldn’t. Cara Cahill also impressed with her verbal dexterity, delivering lengthy lines of Latinate lexis with assured fluency. Alongside the cockney character of ‘Charlie the Duck’ (Grace) and the more refined, languorous Lloyd (Amandine), this magnificent melange of characters had us rolling in the aisles. A great way to spend the evening!