A tribute to Emily Oliver 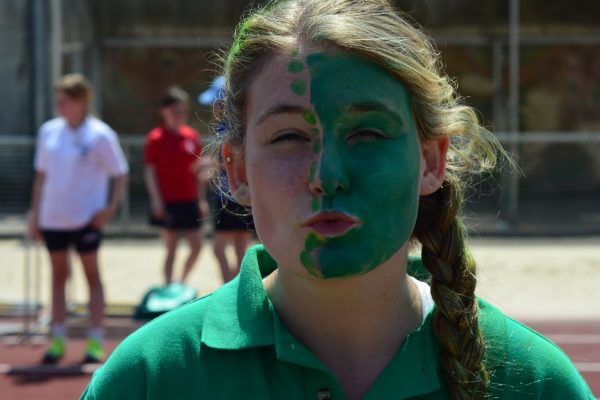 It is always very sad to hear about the passing of one of our GHS alumni, but when an innings is cut so short, as in the case of Emily, the depth of feeling is yet more devastating.

Emily was in the Class of 2016; a very special year group who started in Reception during the same year that Mrs Fiona Boulton became Headmistress.

The 2016 Hall is incidentally named after them, because despite their wide-reaching talent in music and other extra-curricular activities, they were not at school long enough to see the new building opened or enjoy being taught in it.

Emily had musical talent, playing the trumpet and saxophone, as well as the guitar. But she made a name for herself playing the bagpipes…….or at least, convincing everyone she did so! The truth of the matter is that she tricked her Form Tutor into posting her name on the Recognition Board for passing Grade 8. Mr Grayson Jones, Director of Music, stopped Emily in the corridor and marvelled at her fantastic news, saying he hadn’t realised she played the bagpipes, until Emily gave him a broad smile and admitted her mischievous hoax!

This was Emily to a tee; a larger than life personality, happy, excitable and always explosive in energy, vitality and enthusiasm.

Miss Katrina Sloan had a special rule for Emily in her history lessons: a 2-bottom-cheek rule, which only allowed her to answer a question if both parts of her bottom were sitting on the chair. This didn’t really work as Emily continued to jump out of the chair whenever she wanted to answer, often causing all the items on her desk to go flying in the process! Miss Sam Buxton, Emily’s tutor on Year 10 and 11, wrote ‘what a whirlwind she was, never failing to brighten up everyone’s day with her constant chatter, even if it meant it took a while to actually take the register!’. It is no surprise that she lived up to her nickname; affectionately known as ELMO, for her initials Emily Louise Melissa Oliver.

During her time at GHS, Emily excelled in sport and her contribution to the extra-curricular programme was outstanding.

She represented the school to a high standard in several teams and was one of the few girls who managed to earn their Amalgamation Colours in Year 11, by continuing to play Badminton, Lacrosse, Netball, Tennis and Rounders. Emily was also one of the founder Golf Club members, starting the sport as a comparative beginner in Year 8. Alongside her peer group friend ‘Woolly’ (Emily Woolcott), the two Emilys gave the new Golf Club credibility in

the early days, often winning their matches against other schools and acting as trail blazers for others to follow.

At the end of last season, Emily came to watch a lacrosse match at school; apparently it was on her bucket list of things she wished to do. The 1st and 2nd lacrosse teams put on a great performance and then treated her to match tea. By this stage, Emily was chair-bound and all physical movement, including speech, was difficult for her. It was an emotional, heart-breaking occasion, but an incredibly inspiring and uplifting one; in typical Emily-style, she was able to knock into touch the dreadful curve ball that had been bowled to her, staying determined, positive and cheerful throughout.

Mrs Fiona Boulton was given the honour of speaking at Emily’s Memorial Service in September. In her parting words, she said: ‘Emily had an infectious sense of fun. She always made me laugh; she was beautiful to the very end, gracious, warm and kind. So, wherever you are now Emily, I hope you are still singing at full volume and perhaps, you are finally learning to play the bagpipes.’

From the Brain Tumour Charity website, we have taken the liberty of including Emily’s own story in this magazine as there may be some of you who would like more information about how to donate to her worthy cause…

In January 2018 I was diagnosed with a glioblastoma brain tumour. Sadly, this type of tumour is rare and aggressive and due to the fact brain tumour research is highly underfunded and little is known about cures and treatments, this means hundreds of people diagnosed are forced to look elsewhere across the globe in order to find an answer. I have set up for my 21st birthday the Emily Oliver Fighting Fund to raise funds for The Brain Tumour Charity. The Brain Tumour Charity offers many services such as providing detailed information about the various tumour types and most importantly undergoes vital research into all aspects of tumours to help find new treatments and provide hope. I particularly want to raise money to fund research into my type of tumour, a high grade glioblastoma, as this area has received little funding in the past. There are very few known risk factors and little we can do to alter lifestyles to reduce the chances of developing a brain tumour. There have been no new treatments in almost 50 years, so donations are vital to fund research and help find effective treatments as research offers the only real hope of dramatic improvements in the management and treatment of brain tumours. Over £500m is spent on cancer research in the UK every year, yet less than 2% is spent on brain tumours. So please, no matter how small the sum, I would love to raise as much as I can to enable more research to be done in order to help those in my situation. So far I have raised over £12,000 through birthday pledges and my dear friend Kevin raised over £8,000 when he rode in the Prudential London Ride 100.