A career in the arts

Kate Varah (Class of 1997) is the Executive Director of The Old Vic, an independent not-for-profit theatre in London that is considered a world leader in creativity and entertainment, with a strong social mission. Now in her early 40s, Kate speaks passionately about her school-days at GHS and in particular, about an amazing, inspirational teacher whose encouragement led her to Oxford and set her up for all that followed. 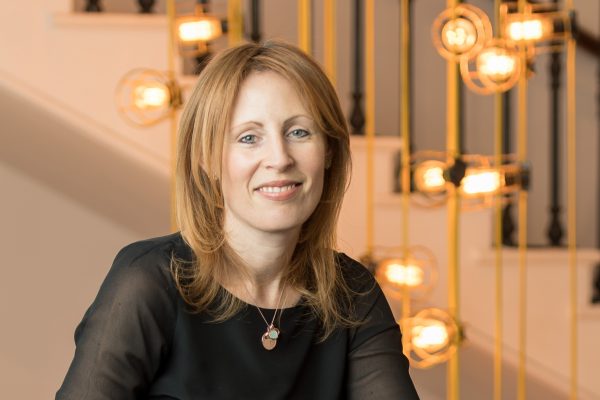 It was during her Sixth Form years, studying English, History, Music and Religious Studies at A’ Level, that Kate was given a life changing opportunity to visit Oxford University on a school trip, organised by her RS teacher, Mrs Hutton, who had been an Oxbridge theologian herself. Inspired by the whole experience, Kate was successful in her UCAS application to study Theology at Keble College, an achievement she attributes to the close supervision and support she received from Mrs Hutton.

I had never particularly been on the Oxbridge track but Mrs Hutton gave me confidence to believe it might be for me. It really was a transformative relationship and I remain profoundly grateful to her for the nurture and encouragement that she gave.KATE VARAH

At school, Kate enjoyed music and drama, directing and writing the Sixth Form pantomime with several teachers in excellent cameo roles. During her time at Oxford, Kate pursued this school interest in drama, eventually becoming the President of the Oxford Dramatic Society, producing a number of shows and completing an internship at Arts Council England.

Whilst on her internship at ACE, Kate was given an opportunity to talk to the Secretary General at the time, Mary Allen. Her advice was not to come back and work in the ACE press office, as Kate initially thought; but instead to go out and gain some business acumen because – Mary suggested – we needed more of it in the arts. Then come back, she said, and bring those skills with you. Kate took this advice and went to law school, then magic circle City firm Linklaters to complete a training contract in London and Hong Kong, before qualifying into the employment department. During her time at Linklaters, Kate worked on secondment to investment bank JPMorgan and qualified as a Solicitor Advocate, so she was able to conduct her own advocacy in court and tribunal defending clients.

GHS was not just an academic experience for me; it gave me an attitude to life, and an approach that has stayed with me throughout university and still informs how I engage with opportunities and challenges today.

Kate didn’t forget her early pledge to return to the arts, and, towards the end of her time at Linklaters, moved into the firm’s Community Investment department. She conducted the firm’s pro bono work and input into the arts sponsorship programme alongside her employment law practice. Six years in, when Kate was ready to progress forwards in her career, a colleague suggested that she type into Google her perfect, ideal job title. ‘Chickenshed job’ returned an advert for Business Director at Chickenshed, an inclusive theatre group for young people and adults; a job that she attained and enjoyed until taking a year’s pause to have twins.

During that time she continued with consultancy and trustee work until she serendipitously bumped into an old GHS friend who remarked that she should meet her mother, who was about to leave The Old Vic and may be interested in Kate as a successor. She got the job, and in 2009 began a 10-year career when the twins were nine months old, taking on the role of Business Director, then COO. Promotion came in 2015 to move to a leadership position as Executive Director, working closely with Artistic Director Matthew Warchus’ to deliver his artistic vision for the theatre, a job she still pinches herself that she has to this day.

Last summer, The Old Vic was home to ‘A Very Expensive Poison’, written by alumna Lucy Prebble (Class of 1999), now a highly regarded and successful playwright. It had been nearly seven years since the staging of Lucy’s last play ‘The Effect’ and over ten years since her Olivier-nominated smash hit ‘Enron’ made its claim to be the best new play of the century so far. A decade on and Lucy was offered the opportunity by The Old Vic to adapt Guardian journalist Luke Harding’s book, a complex new work about the assassination of Russian defector Alexander Litvinenko. Directed by BAFTA-winner and Tony-nominee John Crowley, ‘A Very Expensive Poison’ ran at The Old Vic until early October of this year.

It is absolutely wonderful to see how successful these two alumnae have been since leaving GHS. They are both following very different, creative paths in the arts sector and yet brought together this year in a brilliant collaboration of writing and production. Kate’s advice to current students and alumni is to expect a career that is a mixture of part preparation, part luck: so grab any opportunity that comes to you (even if you don’t feel ready or skilled enough).

Don’t be limited or constrained by a linear career path. You will find you have gained transferable skills in your previous roles that will often give you a more rounded approach to a new situation or challenge. Feel confident in the depth and range your skills bring and enjoy bringing a different perspective to the table.